CMPD: 2 Suspects Identified In The Murder Of An 18-Year-Old In North Charlotte

As a result of continued investigation, detectives have identified two suspects in the murder of Kashawn Johnson.

On Monday, May 23rd, detectives arrested a 15-year-old juvenile for his role in the murder of Johnson.

Police say the juvenile is charged with Murder, Robbery with a Dangerous Weapon, and Conspiracy to Commit Robbery.

Dailey was arrested for Murder, Robbery with Dangerous Weapon, Conspiracy to Commit Robbery, and Possession of a Firearm by a Felon. 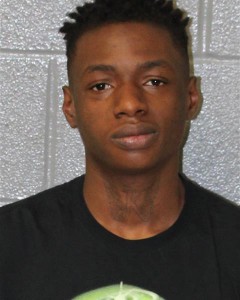 A homicide investigation is underway after an 18-year-old died one day after being shot in north Charlotte, according to police.

The victim, identified as Kashawn Johnson, died Sunday around 3 p.m. due to injuries sustained during the incident, according to medical staff at Atrium Main.

This case is now classified as a homicide investigation.

CHARLOTTE, N.C. — Detectives with the Charlotte-Mecklenburg Police Department are conducting an investigation involving a deadly weapon.

At approximately 6:15 p.m. officers responded to a call on Beech Crest Place near the Davis Lake Parkway. Upon arrival, deputies say a man was located suffering from a gunshot wound. Medics transported the victim to the hospital with life-threatening injuries.

Detectives with CMPD later arrived at the crime scene to collect physical evidence.

This investigation is active and ongoing.