ALEXANDER CO., N.C. — On Wednesday, a North Carolina Correctional Officer was arrested after detectives discovered she had been providing drugs to inmates.

Caroline Lyon, 29, of Statesville was arrested and charged with one count of Felony Providing Drugs to Inmates, according to a news release. 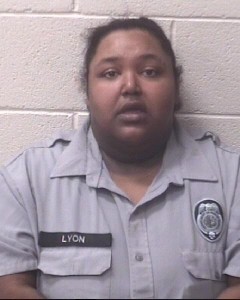 Police say this arrest is the result of an extended investigation by the North Carolina Department of Corrections and Alexander County Sheriff’s Office Detectives.

Lyon was a Correctional Officer employed by the North Carolina Department of Corrections.

Police say she provided suboxone and synthetic marijuana (also known as K2) to inmates, an approximate prison value of around $300,000.

Lyon was placed under a $10,000 secured bond with a first appearance scheduled for Monday, September 12th in Alexander County District Court, according to a news release.

Hurricane Ian Makes Landfall in SW Florida As A Category 4