Detectives have arrested and charged a man with murder for his involvement in a deadly shooting in southwest Charlotte.

Police say 27-year-old Michael Cornwell Jr. has been charged with first degree murder in the death of James Freiburg and is in custody of the Mecklenburg County Sheriff’s Office. 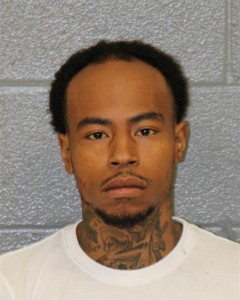 CHARLOTTE, N.C. — The Charlotte-Mecklenburg Police Department is investigating after a stray bullet from a southwest Charlotte shooting killed a man early Saturday morning.

According to a news release, officers heard shots fired around 3:30 a.m. in the area of Hillgrove Lane, off of Steele Creek Road, and responded to the scene.

Freiburg was pronounced dead inside an apartment at the scene by Medic, according to police.

Through an investigation, the police department determined Freiburg was struck by a stray bullet that stemmed from a large shootout in the parking lot between two groups of people unrelated to the victim.

Anyone with information about this incident is asked to call 704-432-TIPS and speak directly to a Homicide Unit detective.  The public can also leave information anonymously by contacting Crime Stoppers at 704-334-1600 or http://charlottecrimestoppers.com/.