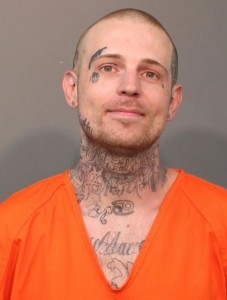 He is described as a man with brown hair, brown eyes, standing at 5 feet, 11 inches tall and weighing 180 pounds. His last known address is on Lincoln Road in York County.

Anyone with information is asked to call Crime Stoppers or the York County Sheriff’s Office at 803-628-3059.