WASHINGTON (AP) — The House Jan. 6 committee voted Thursday to subpoena Donald Trump for testimony before the panel over the 2021 attack at the Capitol.

The panel voted unanimously to compel the former president to appear. 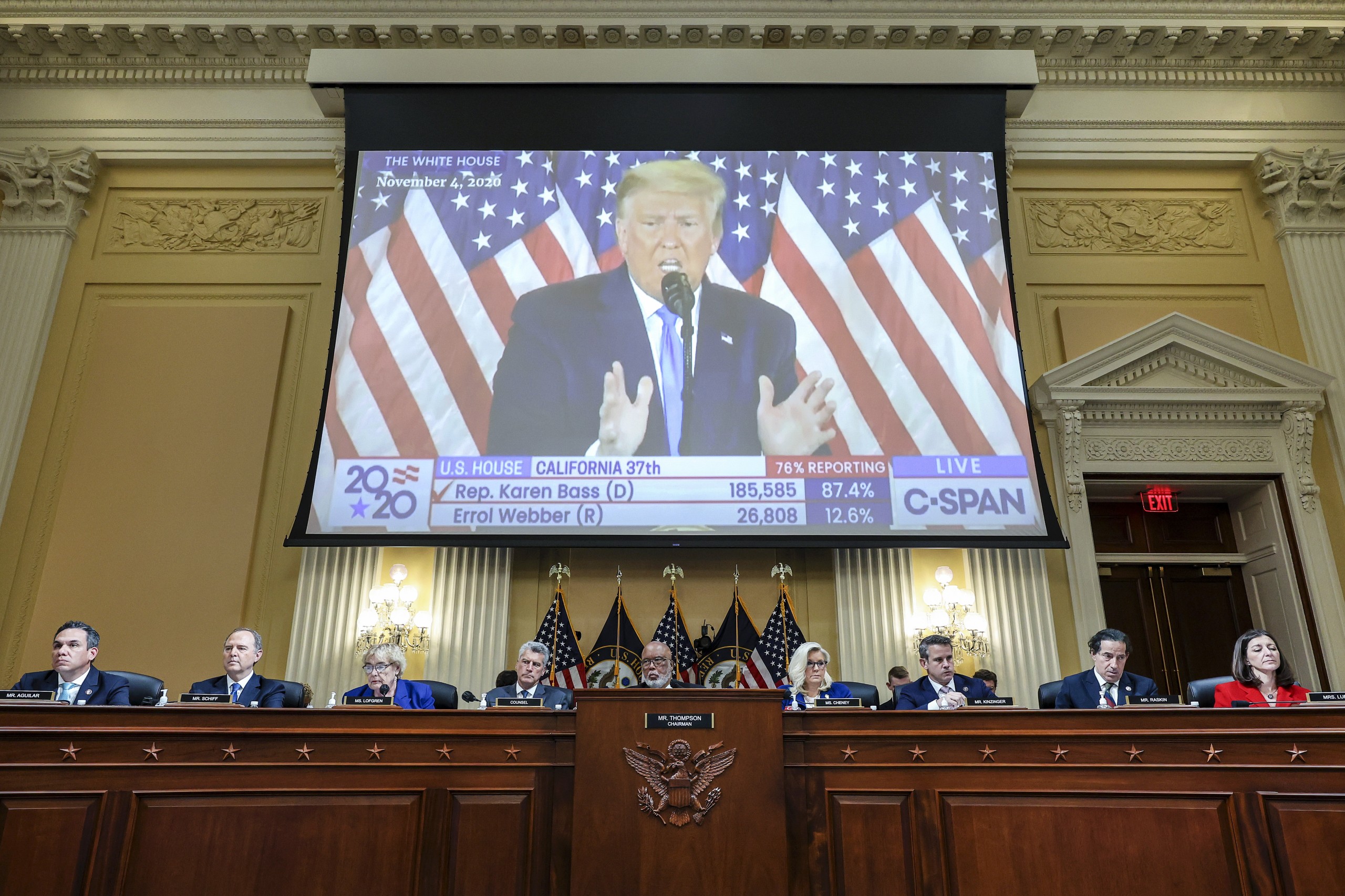 A video of then-President Donald Trump speaking is displayed as the House select committee investigating the Jan. 6 attack on the U.S. Capitol holds a hearing on Capitol Hill in Washington, Thursday, Oct. 13, 2022. (Alex Wong/Pool Photo via AP)

THIS IS A BREAKING NEWS UPDATE. AP’s earlier story follows below.

“They’re breaking the law in many different ways — quite frankly at the instigation of the president of the United States,” Pelosi is heard saying at one point.