Video Of Dog Not Being Adopted In Gaston County Goes Viral

GASTONIA, N.C. — A video of dog not getting adopted or even acknowledged at an adoption event in Gaston County is now viral. 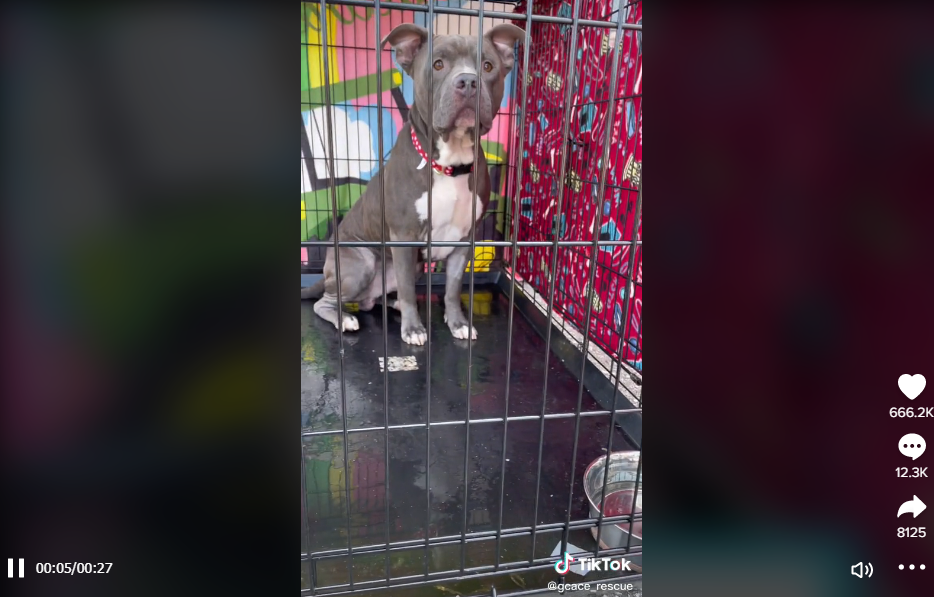 Video of the dog “Smoky” sitting in a cage as he watches other dogs get attention has been viewed more than four million times.

“He was so sad. He was just looking around,” said the Adoption Coordinator for Gaston County Animal Shelter, Elizabeth Henderson of the video.

The event was held over the weekend by the Gaston County Animal Care and Enforcement Shelter.  Smoky did not get adopted that day.

Henderson said Smoky’s heartworm positive diagnosis may have played a role in not getting passed over.

“It typically makes people shy about adoption,” continues Henderson of the diagnosis, ” but it doesn’t make them any less adoptable or loveable.”

Since the video went viral, the shelter has received several applications to adopt five-year-old Smoky.

The shelter is working through the applications now to find him the right fit.

28 cats and dogs were adopted on Saturday at the event. However, the shelter is still near capacity.