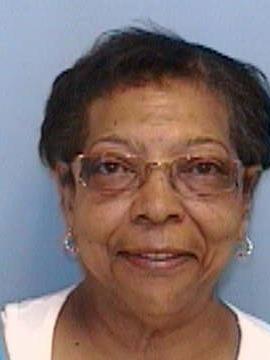 WILKESBORO, N.C. —  The body of 74-year-old Barbara Bellamy was found Wednesday morning, after her car crashed in Wilkes County, according to the NC State Highway Patrol

According to a news release, troopers responded to a fatal collision on Brushy Mountain Road near Orchard Road around 10:30 a.m.   A 2003 Lexus RX300 was traveling north, crossed the centerline, ran off the road to the left, went down an embankment, and overturned.

They say Bellamy had succumbed to her injuries at the scene.  The North Carolina Center for Missing Persons had issued a Silver Alert for Bellamy after she was last seen in Statesville on Tuesday around 3:30 p.m.  The initial investigation indicates the collision occurred overnight.

STATESVILLE, N.C. — The Iredell County Sheriff’s Department is searching for 74-year-old Barbara Bellamy, who is believed to be suffering from dementia or some other cognitive impairment.

Anyone with information about Bellamy should call Deputy R. Ball at the Iredell County Sheriff’s Office at 704-878-3100.