CHARLOTTE, N.C. — Despite warnings that its going to be a bad flu season, North Carolina’s flu season is off to a slow start.  The Centers for Disease Control (CDC) is currently listing North Carolina with “MODERATE” flu activity.  That’s slightly worse than last week when North Carolina was listed as having “LOW” level of activity. 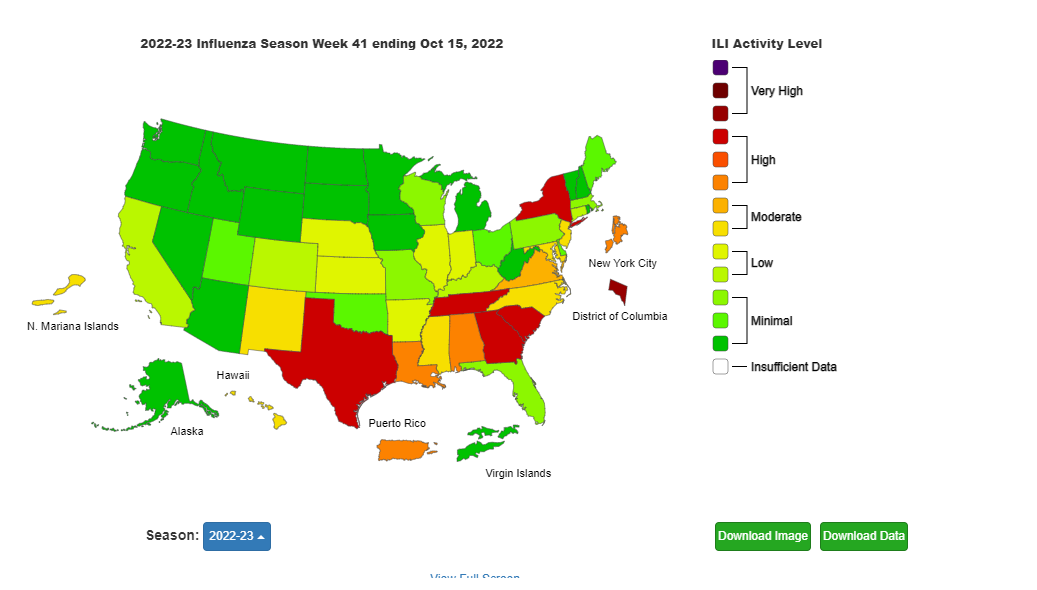 Doctors with Atrium Health say the flu season has been quiet so far in the Charlotte region.  Dr. Matthew CiRullo says last week, about 10 of his patients tested positive for influenza.  He says he’s encouraged with the number of people getting their flu shot this season.

“”I think the general public has been a little bit more receptive to the influenza vaccine this season. And I am imagining a component has come from COVID and COVID vaccines and all the information that’s out there about the benefits of vaccines,” said Dr. CiRullo.

Atrium Health says it has not had to consider any hospital restrictions at this time due to flu activity.

The CDC says South Carolina’s flu season is starting off with “HIGH” levels of flu.  At least one death has already been reported in the Palmetto State.