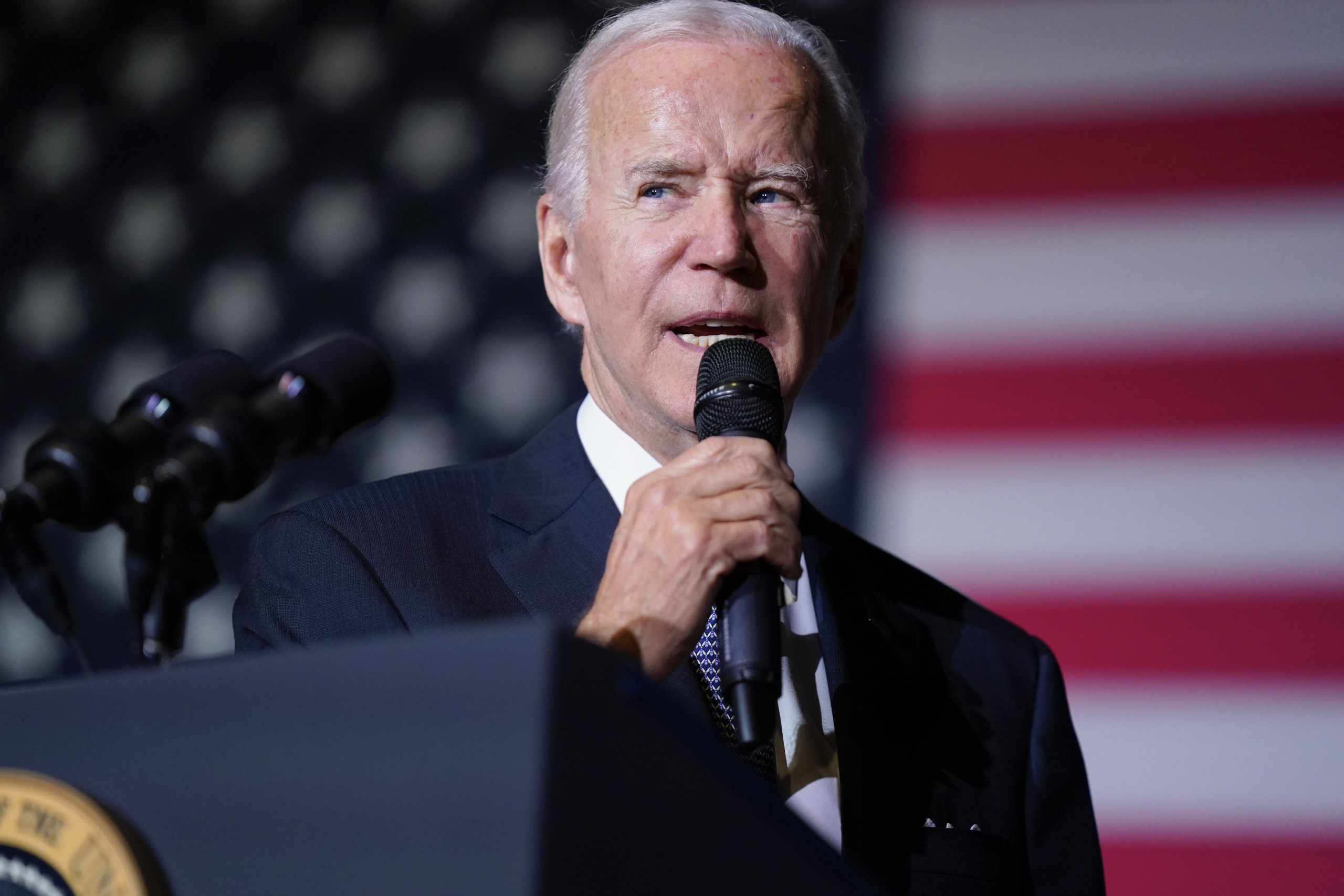 It’s unclear what the decision means for the 22 million borrowers who already applied for the relief. The Biden administration had promised not to clear any debt before Oct. 23 as it battled the legal challenges, but the soonest it was expected to begin erasing debt was mid-November.

The crucial question now is whether the issue will be resolved before Jan. 1, when payments on federal student loans are expected to restart after being paused during the pandemic. Millions of Americans were expected to get their debt canceled entirely under Biden’s plan, but they now face uncertainty about whether they will need to start making payments in January.

Biden has said his previous extension of the payment pause would be the final one, but economists worry that many Americans may not have regained financial footing after the upheaval of the pandemic. If borrowers who were expecting debt cancellation are asked to make payments in January, there’s fear that many could fall behind on the bills and default on their loans.

A notice of appeal to the Eighth U.S. Circuit Court of Appeals was filed late Thursday, hours after U.S. District Judge Henry Autrey in St. Louis ruled that since the states of Nebraska, Missouri, Arkansas, Iowa, Kansas and South Carolina failed to establish standing, “the Court lacks jurisdiction to hear this case.”

Separately, the six states also asked the district court for an injunction prohibiting the administration from implementing the debt cancellation plan until the appeals process plays out.

“We are pleased the temporary stay has been granted,” Peterson said in a statement. “It’s very important that the legal issues involving presidential power be analyzed by the court before transferring over $400 billion in debt to American taxpayers.”

Speaking before Friday’s ruling at Delaware State University, a historically Black university where the majority of students receive federal Pell Grants, Biden touted the number of applicants who have applied for the loan relief in the week since his administration made its online application available.

The plan, announced in August, would cancel $10,000 in student loan debt for those making less than $125,000 or households with less than $250,000 in income. Pell Grant recipients, who typically demonstrate more financial need, will get an additional $10,000 in debt forgiven.

The Congressional Budget Office has said the program will cost about $400 billion over the next three decades. James Campbell, an attorney for the Nebraska attorney general’s office, told Autrey at an Oct. 12 hearing that the administration is acting outside its authorities in a way that will cost states millions of dollars.

The cancellation applies to federal student loans used to attend undergraduate and graduate school, along with Parent Plus loans. Current college students qualify if their loans were disbursed before July 1. The plan makes 43 million borrowers eligible for some debt forgiveness, with 20 million who could get their debt erased entirely, according to the administration.

The announcement immediately became a major political issue ahead of the November midterm elections.

Conservative attorneys, Republican lawmakers and business-oriented groups have asserted that Biden overstepped his authority in taking such sweeping action without the assent of Congress. They called it an unfair government giveaway for relatively affluent people at the expense of taxpayers who didn’t pursue higher education.

Many Democratic lawmakers facing tough reelection contests have distanced themselves from the plan.

Biden on Friday blasted Republicans who have criticized his relief program, saying “their outrage is wrong and it’s hypocritical.” He noted that some Republican officials had debt and pandemic relief loans forgiven.

The six states sued in September. Lawyers for the administration countered that the Department of Education has “broad authority to manage the federal student financial aid programs.” A court filing stated that the 2003 Higher Education Relief Opportunities for Students Act, or HEROES Act, allows the secretary of education to waive or modify terms of federal student loans in times of war or national emergency.

“COVID-19 is such an emergency,” the filing stated.

The HEROES Act was enacted after the Sept. 11, 2001, terrorist attacks to help members of the military. The Justice Department says the law allows Biden to reduce or erase student loan debt during a national emergency. Republicans argue the administration is misinterpreting the law, in part because the pandemic no longer qualifies as a national emergency.

Justice Department attorney Brian Netter told Autrey at the Oct. 12 hearing that fallout from the COVID-19 pandemic is still rippling. He said student loan defaults have skyrocketed over the past 2 1/2 years.

Barrett, who oversees emergency appeals from Wisconsin and neighboring states, did not comment in turning away the appeal from the Brown County Taxpayers Association. The group wrote in its Supreme Court filing that it needed an emergency order because the administration could begin canceling outstanding student debt as soon as Sunday.