BATON ROUGE, LA (10/26/2022) — Mississippi River levels are so low you can walk under the USS Kidd in downtown Baton Rouge. Kelsey Mitchell posted to facebook Sunday saying “Pretty day to explore underneath the USS Kidd.” 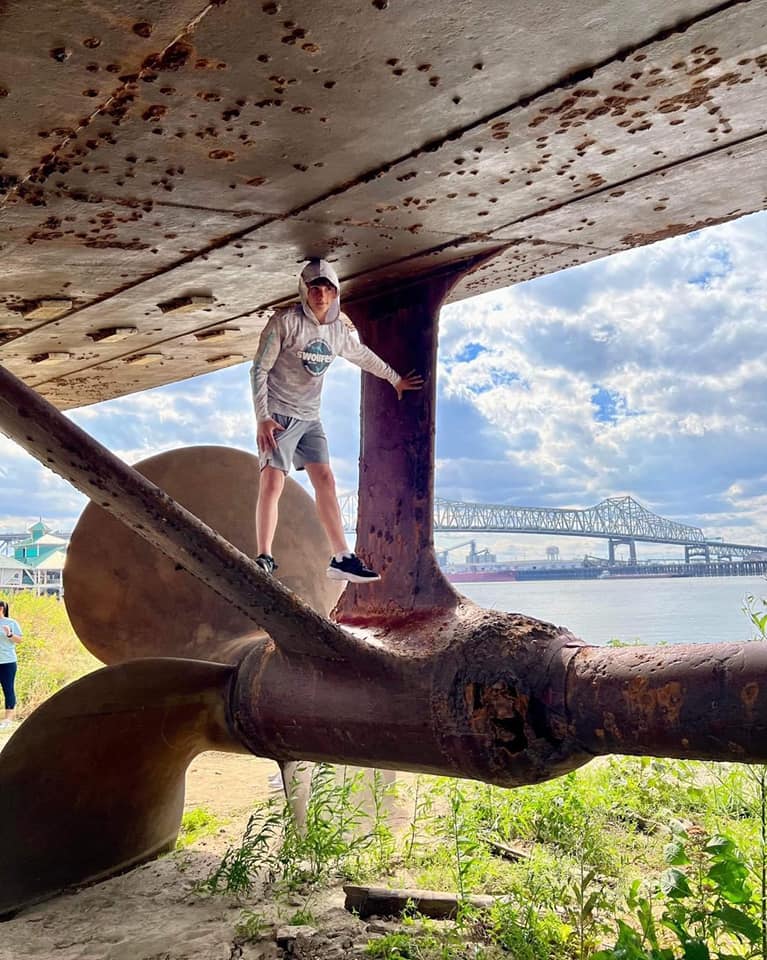 The Tennessee Valley Authority released a statement saying “To help stabilize commercial navigation conditions on the lower Ohio and Mississippi Rivers, we are scheduling special water releases from Kentucky Dam on the Tennessee River and Barkley Dam on the Cumberland River to help low river level impacts.”

The water levels have dropped too low for barges to float. The startling low levels are also causing problems with the drinking water as salt water threatens the supply.

As water levels lowered in Baton Rouge, Louisiana, a shipwreck was spotted earlier this month. Archaeologists believe the boat was a ferry that sunk in the late 1800s to early 1900s. 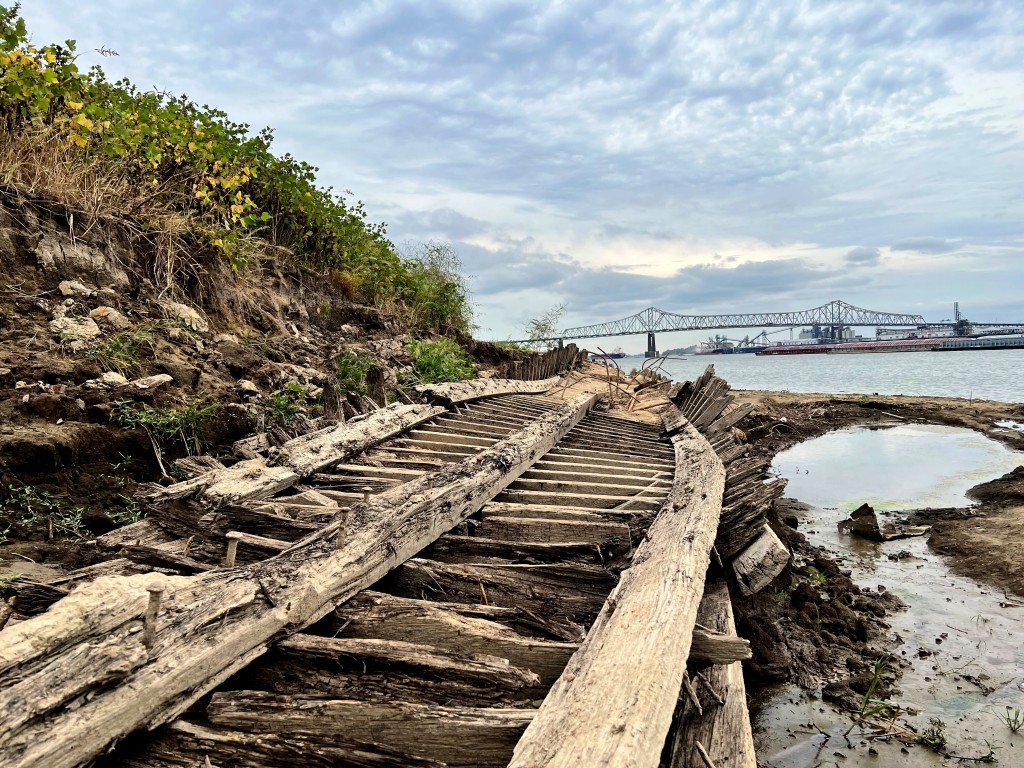 The remains of a ship lay on the banks of the Mississippi River in Baton Rouge, La., on Monday, Oct. 17, 2022, after recently being revealed due to the low water level. The ship, which archaeologists believe to be a ferry that sunk in the late 1800s to early 1900s, was spotted by a Baton Rouge resident walking along the shore earlier this month. (AP Photo/Sara Cline)

The low river levels are a result of below-normal rainfall in the Midwest and, unfortunately drought conditions continue to worsen across the mid-South and Midwest.