ATLANTA, GA — The flu season continues to worsen across the southeast.  Nearly half of the United States is experiencing a surge in cases.

According to the Centers for Disease Control, 17 states and Washington, D.C. and New York City are experiencing HIGH or VERY HIGH respiratory illness activity. 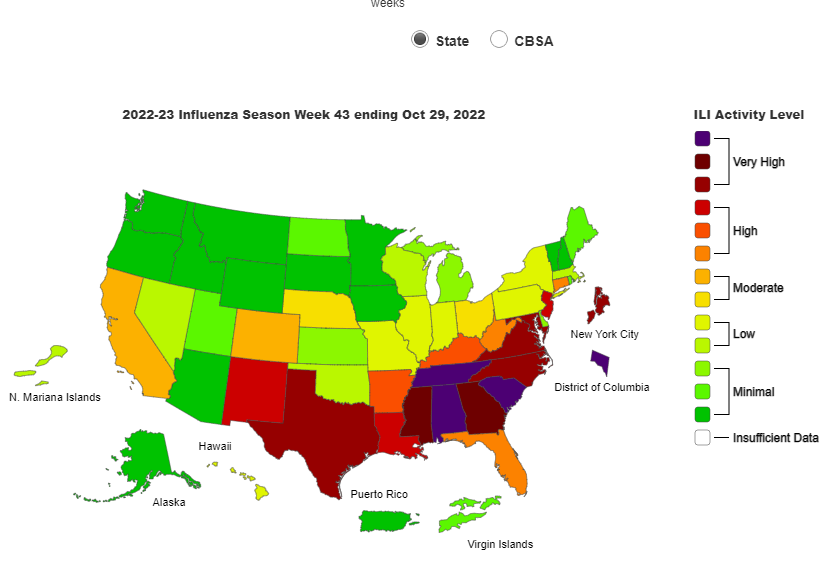 The CDC says there have been more than 1.5 Million illnesses and 730 deaths related to the flu so far this year.    The south continues to see the highest rates of flu followed by the mid-Atlantic.