Nicole Downgraded To Tropical Depression: Tornado Watch For Part Of The Area

Nicole is currently a tropical depression after making landfall as a category 1 hurricane near Vero Beach, Florida early Thursday morning. Only one other hurricane has made landfall after November 4th on record in the United States: Category 2 Hurricane Kate on November 21, 1985 near Mexico Beach, Florida. 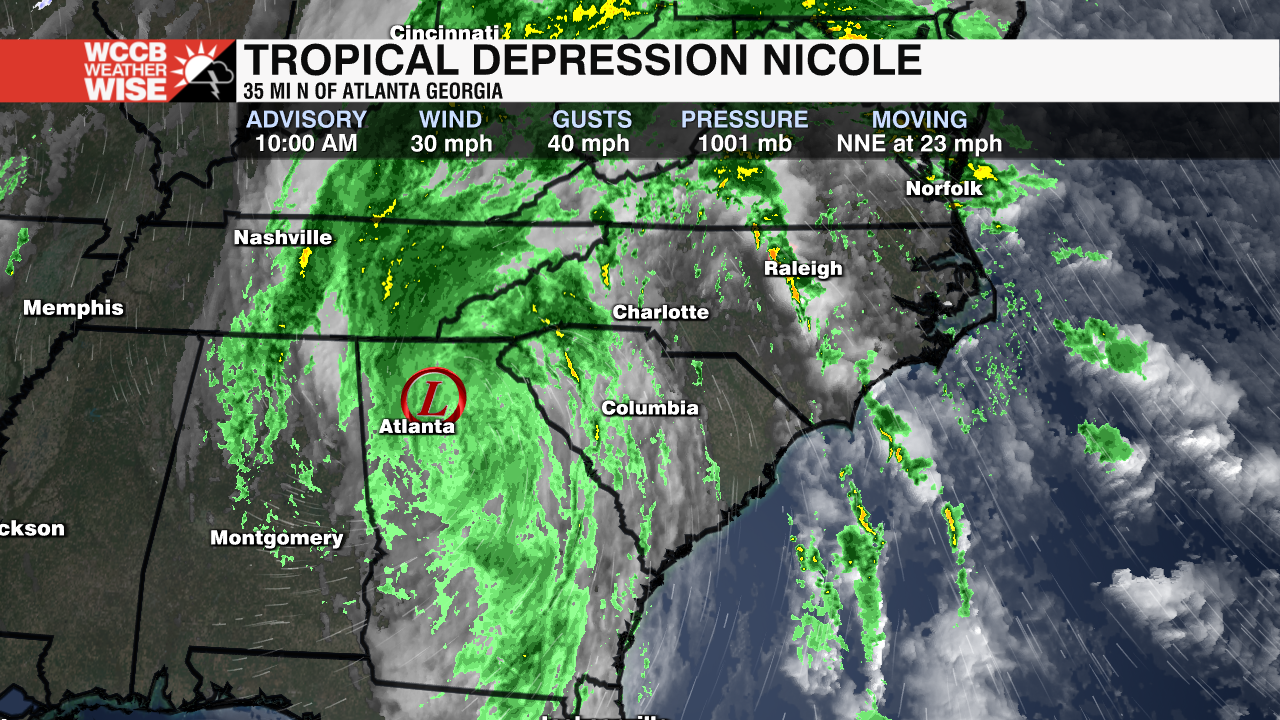 The outer rainbands moving through the region overnight into Friday could bring isolated tornadoes. This will not be a widespread tornado event, but isolated tornadoes especially east of I-77 are possible. There is a Tornado Watch in effect for Chesterfield County until 7 AM Friday. 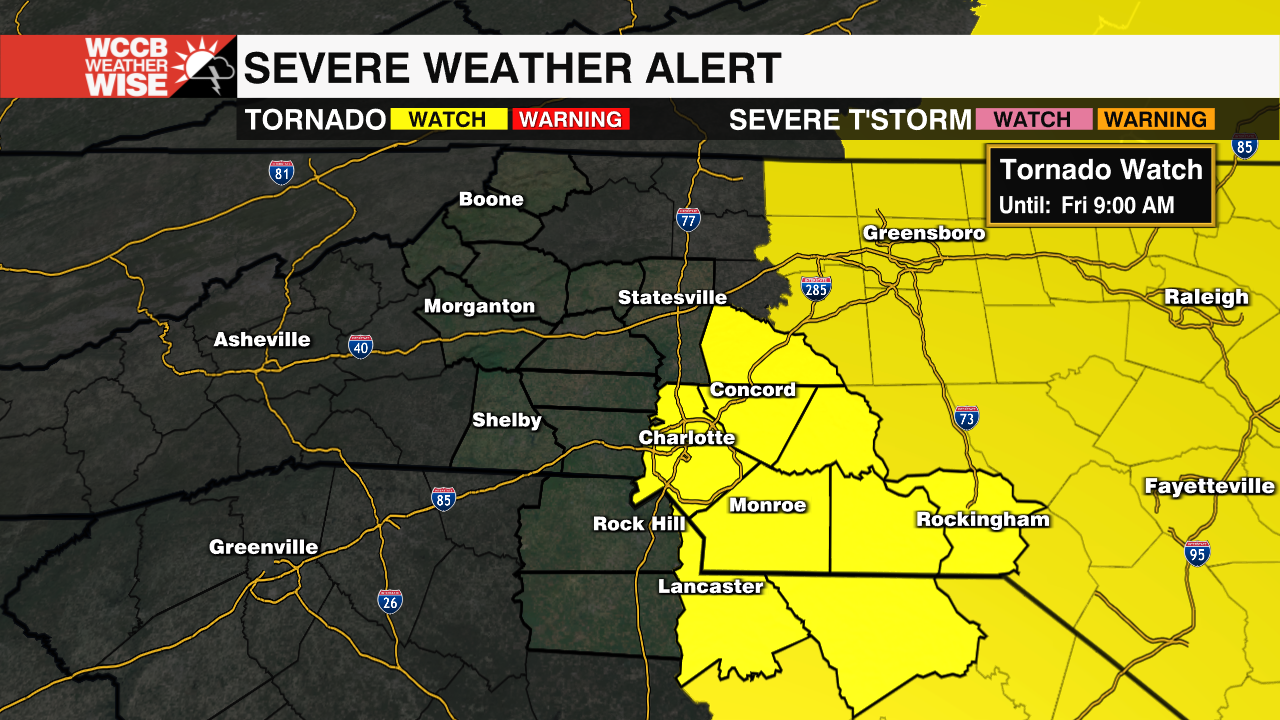 Concern is growing for severe storms within these outer bands capable of producing damaging wind and even a few tornadoes near the I-77 and east toward the coast as the track of Nicole tracks over the Appalachians.

The severe threat will be greatest overnight through early afternoon.

Rain will clear quickly Friday night as the low gets swept away from the Carolinas by an incoming cold front.

Bottomline: Localized flooding and isolated tornadoes are the main threats across our area. 1-3″ of rain will lead to some flash flooding around the Metro with 2-4” of rain expected in the Mountains.

Keep up with the latest update on the Tropics with the WCCB Weather App.