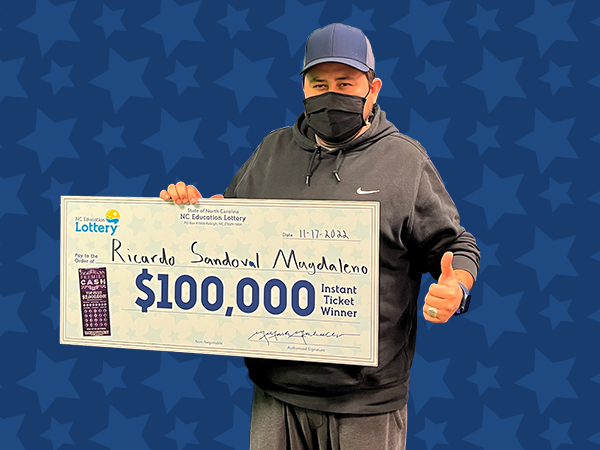 Magdaleno claimed his winnings Thursday at  lottery headquarters in Raleigh.  After state and federal taxes, he walked away withy $71,016.