CHARLOTTE, N.C. — The southbound lanes on Interstate 77 near Nations Ford Road have reopened after a deadly helicopter crash on Tuesday.

The lanes reopened just after 10 a.m. Traffic flow has returned to normal but the North Carolina Department of Transportation says drivers should still expect heavy traffic due to holiday travel from Wednesday through Sunday, November 27th. 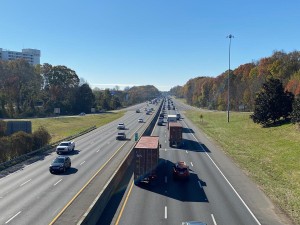 The National Transportation Safety Board was at the scene on Wednesday to recover the wreckage. A preliminary report on the helicopter crash could come as early as three weeks but the final report including the cause and contributing factors won’t be available for at least a year.

The NTSB sent WCCB the below statement:

“On Nov. 22 at approximately 11:57 a.m., a Robinson R44 helicopter crashed along I-77 near Charlotte, N.C. The helicopter, operated by Total Traffic and Weather Network, took off from the WBTV helipad and proceeded south for about five miles. The aircraft was in contact with CLT Tower and obtained clearance to enter CLT air space. It proceeded to do two 360-degree turns over 1-77 before descending rapidly into the ground adjacent to the highway. The pilot and the other passenger sustained fatal injuries.

CLT Tower received no distress calls from the pilot. The NTSB arrived on scene last night for initial on scene investigation. That work continued this morning and included moving the wreckage to a separate facility for further investigation. Investigators are compiling witness statements and surveillance video from nearby buildings. The NTSB encourages anyone who may have witnessed the crash to email witness@NTSB.gov.”