CHARLOTTE, N.C. —  Three people have been arrested in connection with so-called “street takeovers” in Charlotte.  On Monday, Charlotte-Mecklenburg Police announced the results of an operation that targeted groups and individuals holding “street takeovers.”  Police describe the incidents as suspects taking part in racing and other reckless driving acts. 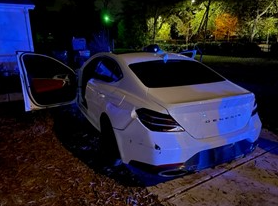 According to CMPD, ​on November 18, & 19, officers from the Transportation Division and several other divisions conducted stops at numerous locations in the Charlotte area.

The total operation resulted in the following:

The CMPD is also requesting the public’s help in reporting public safety issues. If citizens see these groups driving recklessly and behaving erratically, they’re asked not to engage but call 911. Tips can also be reported anonymously to Charlotte Crime Stoppers at 704-334-1600.