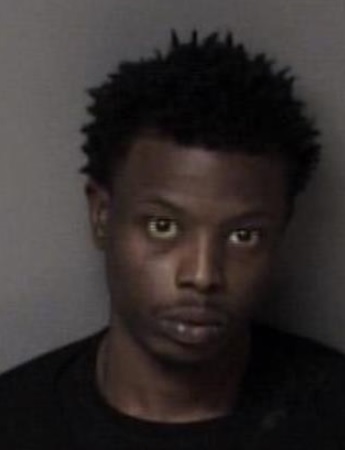 At approximately 5 p.m. on November 26, GPD officers responded to CaroMont Regional Medical Center Hospital after hospital staff called police to report suspected physical child abuse of an infant after the baby was brought to the hospital by his mother.

During the investigation, detectives determined that the infant’s mother was at work during the day and that her boyfriend was watching the infant at their home.  Upon returning home from work, the mother noticed bruises on the infant and when asked, the boyfriend told her that the baby fell off the couch. The mother immediately took the infant to the hospital.

While still at the hospital, the mother told officers that her boyfriend stayed in the car in the hospital’s parking lot.  When officers spoke with the boyfriend and attempted to identify him, the boyfriend provided officers with a false name.  Officers quickly determined the boyfriend’s true identity as Renaldo Johnson and discovered that Johnson had four open warrants for his arrest.

Johnson was arrested and transported to the Gaston County Jail where he was charged with one count of felony physical child abuse.  He is being held on a $156,000 bond.