LOS ANGELES, C.A. —  Emmy Award winning actress Kirstie Alley has died after losing her battle to cancer.  She was 71.

Alley rose to fame in the late 1980’s playing Rebecca Howe, a bar manager on the hit sitcom “Cheers.”  She also starred in other tv shows and films such as Veronica’s Closet and Look Who’s Talking. 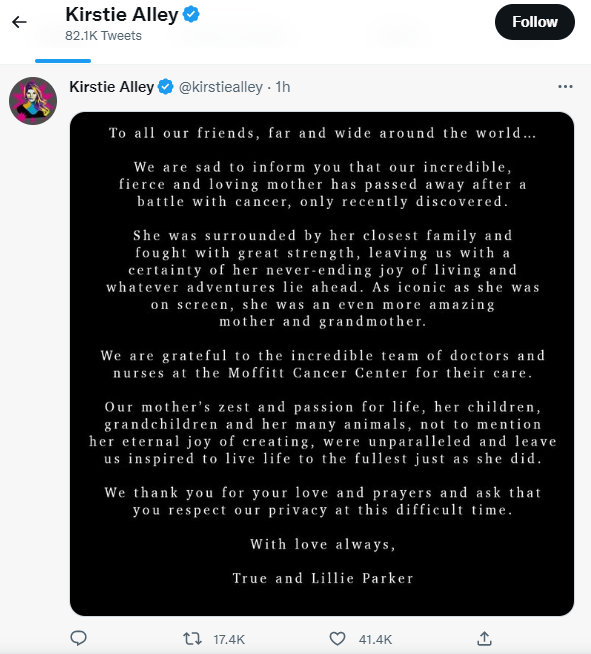 Alley’s children paid tribute to their mother on social media saying as iconic as she was on screen, she was an even more amazing mother and grandmother.