FBI, SBI Return To Home Of 11-Year-Old Cornelius Girl, One Day After Arrest Of Parents

CORNELIUS, N.C. — The FBI, SBI, and Cornelius Police Detectives returned to the home of 11-year-old Madalina Cojocari Sunday afternoon.  She’s been missing for more than three weeks.   WCCB News was the only crew on the scene as investigators took pictures outside the home, and collected more evidence inside.  They also towed a car from the family’s garage, and brought in a canine unit.  Investigators told WCCB News they were there to conduct another thorough search to make sure nothing is overlooked.

CORNELIUS, N.C. — Cornelius Police have arrested the parents of a missing 11-year-old girl.  Christopher Palmiter and Diana Cojocari were arrested Saturday morning for failure to report the disappearance of a child to law enforcement.

The FBI along with Cornelius Police are still searching for Madalina Cojocari.

Palmiter and Cojocari are being held at the Mecklenburg County Detention Center. 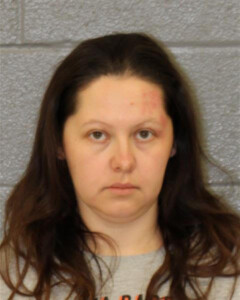 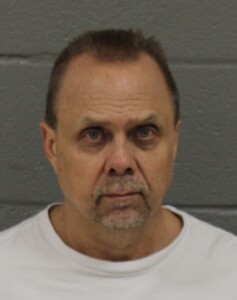 CORNELIUS, N.C. — The FBI is now assisting Cornelius Police in their search for a missing 11-year-old girl.  Madalina Cojocari was last seen at her Cornelius home back on November 23rd, but police say her parents just reported her missing Thursday.

Authorities say Madalina’s parents went to Bailey Middle School Thursday and told a school resource officer the girl was missing.  Friday afternoon, only WCCB News was on the scene at the girl’s Cornelius home as investigators with the FBI and SBI spent hours digging in the ground in her backyard, and searching for evidence inside the home.  Neighbors stood by and watched in disbelief.

“I’ve lived here my whole life so I’ve never seen anything like this,” says Sydney Capps, a neighbor and social worker.  She says the entire neighborhood is baffled by Madalina’s disappearance.

“It’s odd that it seems like she went missing back in November, and it’s just now being reported,” Capps says.

Cornelius Police did not say if they found anything of importance during their search of the girl’s home, but they did say they are still searching for her.

If you have any information concerning the whereabouts of Madalina Cojocari, please contact the Cornelius Police Department at (704) 892-7773. You may also submit a tip online at tips.fbi.gov.

CORNELIUS, N.C. — Cornelius Police are trying to locate a missing 11-year-old girl that was last seen at her home on November 23rd.

Police say the parents of Madalina Cojocari reported her missing to the Bailey Middle School SRO. That is where the girl attends school. Cornelius Police say they began investigating a missing person’s report involving a juvenile on Thursday, Deccember 15.

Madalina Cojocari is described as being a white female and weighs 90 lbs. She was last seen wearing jeans, pink, purple and white Adidas shoes, a white t-shirt and jacket.

Anyone with information regarding the whereabouts of Madalina Cojocari is asked to please contact the Cornelius Police Department at 704-892-7773 or the North Mecklenburg Crimestoppers at 704-896-7867. You can remain anonymous.