Arrests Made in Northeast Charlotte Homicide

Police have two people in custody in connection to a homicide investigation that happened on Katherine Kiker Road on Dec 14th. On Thursday, police say Josiah Evans-Bailey turned himself into authorities.

Cunningham and Bailey have both been charged with murder.

Authorities identified the victim in the case as 20-year-old David Manning.

CHARLOTTE, N.C. –Detectives are investigating a homicide near the intersection of Dalphin Jones Drive and Katherine Kiker Road. 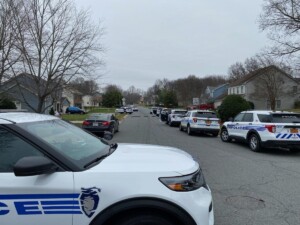 The call came out just before 11 a.m. on Wednesday. WCCB has a crew headed to the scene.

We will update this story as more information becomes available.