BOONE, N.C. —  Boone Police had to use a taser to subdue a man they say stole a tractor and led them on a chase.

Chief Andy Le Beau posted on Boone Police Department’s Facebook page that officers got a call that Ronnie Hicks was driving erratically in a parking lot and trying to hit pedestrians.  Police say Hicks also rammed a police cruiser along with several other vehicles and a dumpster at a church. 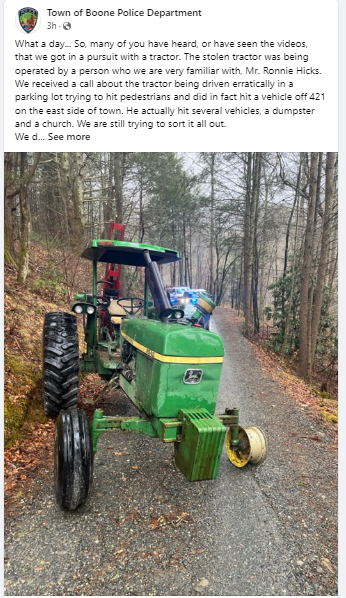 Once on Old 421, police say Hicks was driving into oncoming traffic.  Police say they tried using stop sticks, but they didn’t work well on tractor tires.  So an officer eventually shot out the tires. 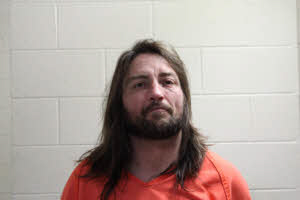 The chase came to an end on a private drive off Elk Creek Road.  Police say Hicks jumped off the tractor wielding a knife.  Police say they used a taser on Hicks to take him into custody.

No officers were injured during the arrest.