*WARNING: This video might be disturbing to watch. Viewer discretion is advised*

CHARLOTTE, N.C. — The Charlotte-Mecklenburg Police Department has released body camera video of an officer-involved shooting that happened in August 2022. The incident happened as three officers were trying to serve an involuntary commitment order.

Officers responded to St. Croix Lane shortly after 5:30 p.m. on August 19, 2022. After walking into the home, officers walked up the stairs to a closed bedroom door to speak with 60-year-old Brenda Donahue. As officers were trying to speak with Donahue, police say she shot through the bedroom door. According to police, the bullet struck CMPD Officer Lauren Ehlke’s body camera. Officer Ehlke was not injured due to protective equipment.

In the video, Officer Brandon Graham is seen running down the stairs and taking cover.  The video does not show Donahue firing a shot toward Officer Graham, or the officer shooting back hitting Donahue, but you can hear the shots.

Officers then performed CPR and other life-saving measures on Donahue until paramedics arrived.

The North Carolina State Bureau of Investigations is handling the ongoing investigation.

Police have identified the woman accused of firing shots at officers after they were attempting to serve an involuntary commitment order. Brenda Donahue, 60, was shot and killed by Officer Brandon Graham after she fired a weapon towards three CMPD officers, striking one officer in the chest, according to CMPD.

That officer’s protective equipment stopped the bullet, according to a news release. 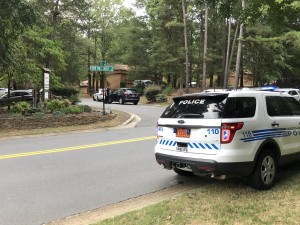 The shooting happened on August 19th on St. Croix Lane. Read below for more details on the shooting.

CHARLOTTE, N.C. – Charlotte-Mecklenburg Police are investigating after an officer-involved shooting in south Charlotte Friday night. It happened shortly after 5:30PM in the 8900 block of St. Croix Lane. That’s in the Raintree neighborhood off Providence Road.

Police say they arrived on scene to serve an involuntary commitment order on a woman who lived at the home. They say a man opened the front door, and when officers called out to the woman, she fired at them from inside the home.

One officer was hit in the chest by a bullet, but her bulletproof vest prevented her from being injured. 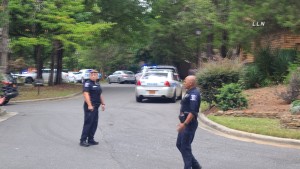 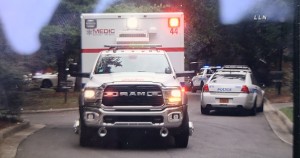 An officer returned fire, and hit the woman. She was taken to the hospital with what CMPD Chief Johnny Jennings describes as “critical” injuries.

All three officers who were involved were taken to the hospital too, to be evaluated.

A firearm was recovered from the scene and police continue to investigate.

Jennings also says, “This is a good example of why these kind of calls for service are so dangerous.” He continues, “This is a good time to reflect on how dangerous our job is, and how important it is to keep our community safe.”