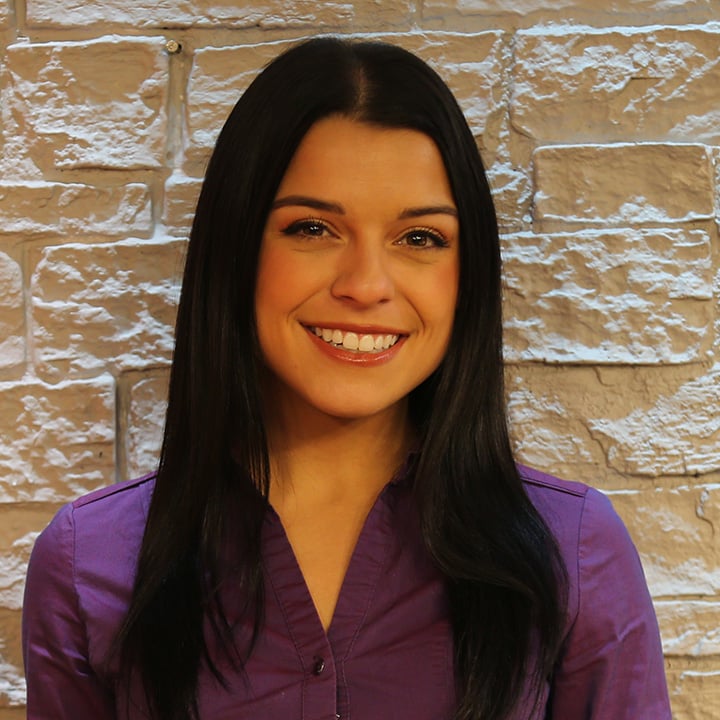 Emma Mondo joins WCCB News Rising as the lead traffic reporter every weekday morning from 5-9am. She is also the booker producer for Rising and helps report for social media.

She grew up moving all across the country with her military family, but moved to Charlotte when she was in the 4th grade. She knew from an early age she wanted to pursue journalism, being a part of school news teams all throughout grade school and college.

She attended The University of South Carolina and has a Bachelor of Arts in Broadcast Journalism as well as a minor in Sport and Entertainment Management. In college, she was a proud member of Zeta Tau Alpha – Beta Omicron.

Emma previously interned with Seacrest Studios for the Ryan Seacrest Foundation at Levine Children’s Hospital in Charlotte. In college, she was a technical crew member for the Journalism school at U of SC and was an active member for Student Gamecock Television where she was able to produce her own newscast every week. That began her side-line career covering plenty of Gamecock sports.

After graduating in May of 2020, Emma started work as a broadcast hub operator for Tegna Media in Charlotte, followed by being a reporter for CN2 News in Rock Hill, where she was able to cover breaking news and sports.

In her spare time, Emma loves to explore the Queen City with her friends and loved ones, and also spend time with her kitty, Jasper. You can always find her at the gym, trying new restaurants, or watching a classic Disney movie!

Get  ready to Sip and Sweat! ISI Elite Training Dilworth is getting ready for Sweat @ Sycamore, where they will be hosting a 50 minute workout at Sycamore Brewing this Saturday.

Do My Job: Sushi Chef

In this weeks edition of Do My Job, Lauren McDonald is heading to The Foodie School where she is learning what it takes to master the art of Sushi!

Do My Job: Nail Tech

In this weeks edition of Do My Job, Lauren is grabbing the polish and heading to NC Nails Academy to learn what it takes to become a nail tech!

Do My Job: Massage Therapist

In this week's edition of Do My Job, Lauren is off to the NC School of Advanced Bodywork to learn what it takes to be a massage therapist.

Do My Job: Bagpipes

In this week’s Do My Job, Lauren is grabbing her kilt as she celebrates Saint Patrick's Day with MacLellan Bagpipes and learns what it takes to play the tricky instrument!

A college kid finds out there is more to his Rockstar dad than meets the eye, and is the new Star Wars immersive experience worth it or not? Emma has the answer in today's Pure Intentions Coffee morning brew!

Do My Job: Mascot

In this week’s Do My Job, Lauren is getting in uniform and hitting the court at the Hercules Tires Big South Basketball Tournament to learn what it takes to be a professional mascot!

We are getting ready  for the first EVER Charlotte FC game at Bank of America Stadium, and we want to make sure you can get there on time with no issues. Here is all the traffic info you need to know for game day!

Bloop! There It Is!

You can count on the WCCB Charlotte morning crew on Rising to make you laugh. Check out the bloops and blunders they made in this week’s “Bloop! There it is!”.

Do My Job: Curling

In this week’s Do My Job, Lauren is grabbing the broom and hitting the ice as she joins the Charlotte Curling Association to learn what it takes to be a professional curler!