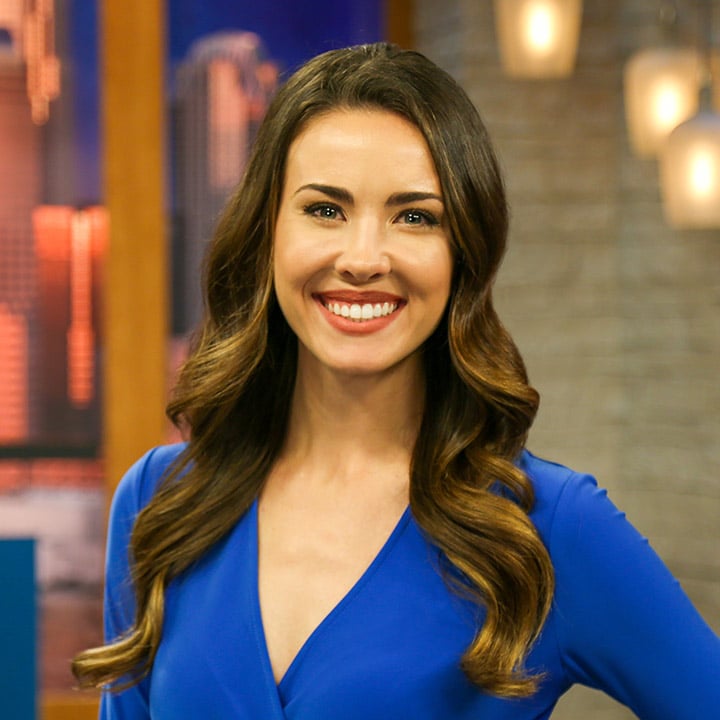 Julianna White is excited to begin her morning news career at WCCB News Rising, bringing all of the day’s trending topics from social media.

Prior to working at WCCB, Julianna White was as spokesperson for NASCAR’s Sprint Cup Series for 3 seasons from 2014-2016. She served as a host on TV and emceed staged events, conducting interviews with the elite drivers of NASCAR.

Julianna’s TV career began on QVC, appearing on live fashion, jewelry & beauty shows. Her successful years in the entertainment industry include working as an actor and host for well-known companies across the country.

White is a graduate of the College of New Jersey, where she majored in Communication Studies with a focus on Public and Mass Media. During her time at TCNJ, she was a reporter for the school’s television station LionsNow. There, she was selected for an internship with the nation’s leading FM talk station in New Jersey with more than 1 million listeners, New Jersey 101.5.

As she graduated college, Julianna also won the title of Miss New Jersey USA in 2011 where she traveled all over the US attending appearances for a multitude of charitable organizations and PR events as a representative for the state.

The first trailer for 'Bad Boys for Life,' frogs hide from Hurricane in wind chimes, police help a bear trapped in a dumpster, and a group of dads help a nervous student before his first day of classes!

Man 'moonwalks' to show how bad the roads are, a massive snake made out of beer cups in Chicago, cute dog makes friends with butterfly, maid of honor wears t-Rex costume, & guy proves that not all 'Birds' can fly when his electric scooter breaks!

Disney princess soothes little boy with autism, Homer has an epic dance-off, thousands of fans chant for Coco Gauff, girl curls her hair on hot pool railing, and a shark tries to bite a fisherman's boat!

A beekeeper started using local bears as taste testers, Packers players dress up as characters from Happy Gilmore, construction noise turns into a song, Great Wolf Lodge employee dances to Beyonce and kids surprise their dad with a new truck!

An dog is confused over seeing himself in the mirror, Taylor Swift's new music video, a dad flips out over his 1st Popeye's chicken sandwich, police officers end up playing basketball responding to a noise complaint!

An adorable reaction when a baseball fan got a foul ball, little boy dances on stage at a Foo Fighters concert, an inspiring speech from coach when his team was knocked out of the LLWS, and a dad spoofs Billie Eilish's song 'Bad Guy!'

The Snark: Bachelor Bargaining, Fiancé Hot Tub Therapy, Getting Hangray, and Sex by the Numbers

Wilson's World: Making Sure We Keep our Pets Warm and Comfortable During the Cold Winter Weather