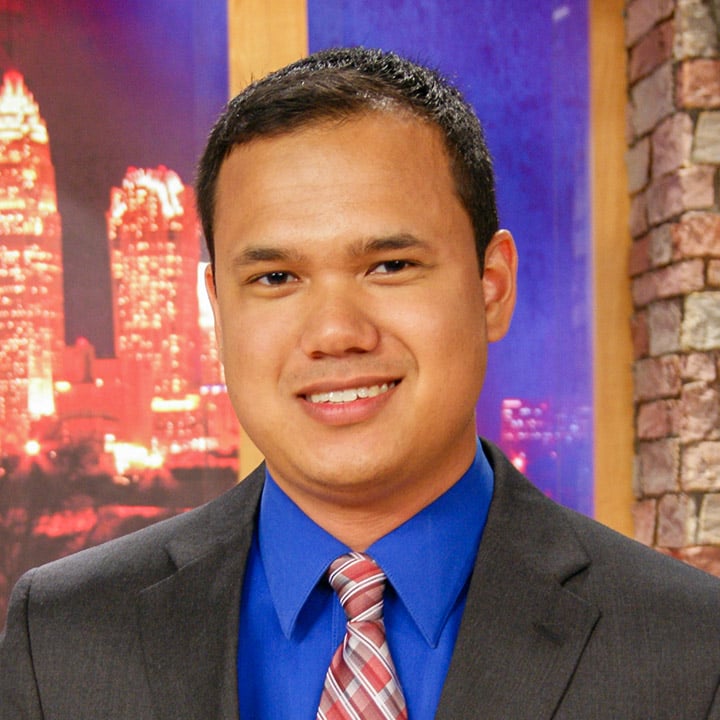 WCCB Charlotte’s Marvin Beach is co-anchor of WCCB NEWS @ SIX and weekend co-anchor & weekday reporter for WCCB NEWS @ TEN. He joined the team in May 2009.

Marvin graduated with a degree in broadcast journalism from the University of South Carolina. While in Columbia, he interned at WIS-TV.

In 2017, Marvin was nominated for a Midsouth Emmy for Breaking News coverage during protest and riots in Charlotte in September 2016.

In 2010, Marvin won first place for Spot News from the Radio Television Digital News Association of the Carolinas.

In his spare time, Marvin is an avid Atlanta Braves fan and also follows the Carolina Panthers and Charlotte Hornets.

With his mom a native of the Philippines, Marvin enjoys sharing his Filipino culture with others. He got his love of broadcasting from his dad, who is an amateur radio operator and retired high school teacher.

If you have story ideas, please e-mail them to mbeach@wccbcharlotte.com

An outbreak of monkeypox has now spread to 16 countries including the United States. Health officials are keeping a close eye on the virus that's rarely seen outside of Africa.

We're getting a closer look at the damage caused by a confirmed EF1 tornado. Neighbors spent the day Tuesday cleaning up in neighborhood stretching from parts of East Charlotte to Harrisburg.

A plan is in the works to move a popular skatepark at the old Eastland Mall site to a new location. A new skatepark would be built next to the Tyvola light rail station, under the bridge where the train runs.

Neighbors are dealing with fallen trees and downed powerlines, stretching from East Charlotte into parts of Cabarrus County.

The community is coming together to support the family of a Huntersville woman who recently died from a rare eye cancer. Jessica Boesmiller passed away last month, after a four year battle with Ocular Melanoma.

An investigation is underway after a local man claims he found bundles of undelivered mail inside trash cans at an apartment complex. He says he found bank statements, IRS letters, even jury summons.

More than 42,000 people have already voted early or absentee in Mecklenburg County. That's a record for a non-presidential year.

Three early voting days are left ahead of Tuesday's primary election. So far, more than 21,000 people have voted early or absentee in Mecklenburg County.

COVID cases are on the rise again as doctors say we're experiencing a "mini-wave" of infections. We're hearing from one local leader who spent more than a week in the hospital with COVID.

Weddington Town Leaders have voted to reject plans for a controversial mixed-use development. The Mayor broke a 2-2 council tie Monday night, denying a rezoning petition for the "Weddington Green" project.