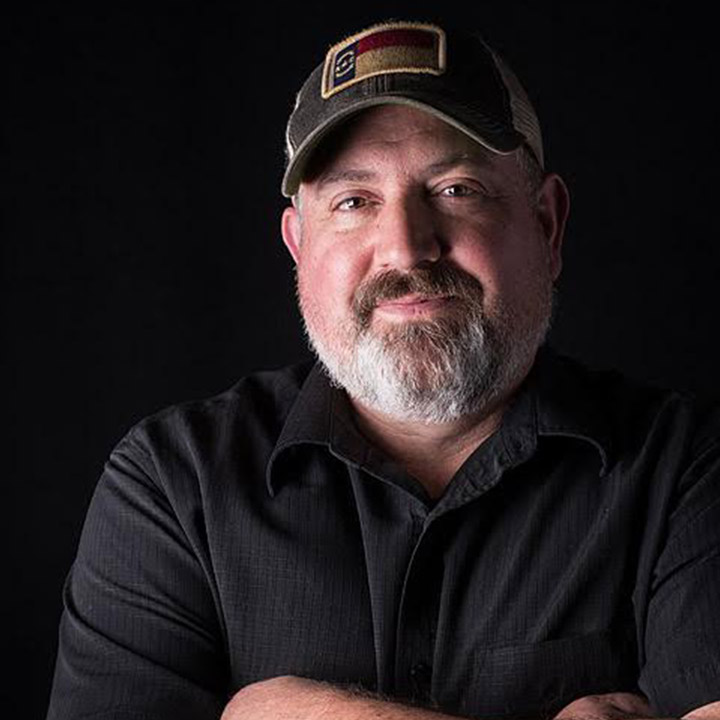 Chef Troy Gagliardo is a self-taught chef that has parlayed his years of kitchen experience into many other culinary ventures. Including designing and developing his all-grilled restaurant concepts, a proprietary spice line, cook books, commercials, food styling, cooking/restaurant columns, endorsements, cooking classes, and live appearances.

Troy has been voted as one of the Charlotte’s Top Five Chefs two years in a row by Creative Loafing readers and competed in the Iron Fork competition both yearsChef Troy has appeared in two national commercials with NASCAR legend Dale Earnhardt Jr. and joined him for a media tour day just days before Dale Jr. won his second Daytona 500 to start the 2014 NASCAR season.

For the past seven years, Chef Troy has appeared each week on Charlotte’s morning show WCCB News Rising, cooking his way through “Troy’s Everyday Eats”. Filmed live each week at the WCCB Charlotte studios, Chef Troy teaches his unique style of food with a simple approach directed toward the home-cook/viewer.

His feature on Rising began in August of 2007, and since has become the most anticipated part of the show. During that time Troy has prepare over one thousand of his creative original recipes live on-air and has made several cooking appearances on the night time show, WCCB News Edge.

Chef Troy teamed up with The Fresh Market as a sponsor for “Troy’s Everyday Eats” in April of 2011. Troy shops each week at The Fresh Market for the ingredients used on the show, he says, “The Fresh Market sponsorship is something I have pursued for a long time. I love shopping at their markets because everything is always so fresh. They have a large variety of organic and sustainable food options. As a consumer and chef, I couldn’t ask for anything more”.

Tate publishing recently published Chef Troy’s new cookbook entitled Pseudo Southern which has been endorsed by Top Chef Alum and best-selling author Fabio Viviani. Fabio says of Pseudo Southern, “Southern food is my second home. It’s as close to my heart like Italy is, and that is why I love Troy’s recipes so much. They remind me of the childhood I would have had if I was born in the Chef Troy is also a free-lance food writer for the Charlotte Observer and Examiner.com.

Chef Troy lives in Mooresville, NC with his wife Tracy, of twenty-three years, and their two daughters, Ally and Isabella. He can be seen every Tuesday morning from 7-9 am on WCCB News Rising.

If you like curry and even if you don't...Chef Troy has an at home chicken non-curry curry that everyone will enjoy.

It's Taco Tuesday for Chef Troy as he prepares barbacoa style tacos.

Chef Troy prepares his "everyday" chicken that is sure to please for two great meals.

Chef Troy prepares one of Nicole's favorite dishes, a sushi rice tuna poke and serves it with a watermelon arugula salad.

Everyone enjoys a fun 4th of July cookout with family and friends. Chef Troy has two great desserts that are perfect for a cookout because they are great tasting and portable.

Enjoying classic pasta with Chef Troy and his Pasta 101 class.