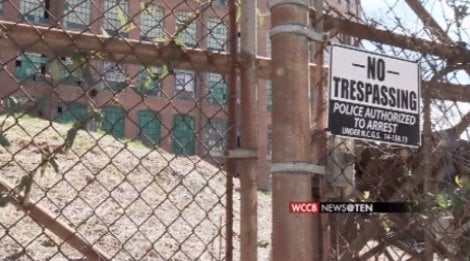 GASTON COUNTY, NC – Charlotte’s growth, its global recognition, and its attractiveness to companies is fueling the economy in Gaston County. Our neighbors to the west have new business, new jobs, and a new outlook.

A hazy morning commute on I-85N paints a clear picture of the Gaston-Mecklenburg connection.

Every morning, close to 30,000 Gaston County residents travel to Crown Town for work.
“There are some people that come to live in our county but have a job in Charlotte that simply can’t be duplicated in our county, so we’re able to recruit people to live here that have relatively high incomes and stable employment,” said Donny Hicks, Executive Director of the Gaston County Economic Development Commission.
Hicks says that strengthens the county’s workforce.
Gaston County was once a manufacturing powerhouse and one of the nation’s leaders in textile manufacturing. But during the textile demise in the 90s, Charlotte’s growth became more important because textile mills closed across the county.
“When that manufacturing left Gastonia, we lost about 28 to 30 thousand jobs. Isn’t it ironic now that that’s the same number that’s commuting from Gaston to Mecklenburg today,” said Rick Houser, chairman of the Gaston Regional Chamber.
But jobs are coming back.
Over the past three years, 16 manufacturing companies have moved to or expanded in Gaston County—5 of those are foreign companies. At full production they will employ nearly a thousand people.
“If we didn’t have Charlotte next to us, it might be a harder sell,” said Donny Hicks. Hicks points to the global recognition built by Charlotte’s banking and energy sectors and the airport.
Charlotte-Douglas operates 36 international flights a day, which is a selling point for global companies.
Hicks also points to UNC Charlotte giving companies access to research and recruiting.
“We will continue to be dependent on the influence of Charlotte. There’s absolutely nothing wrong with being a bedroom community,” said Houser.
But one that Charlotte companies, like Meca and Coldwell Banker Commercial, want to expand into.
“Massive amount of land that’s undeveloped, the highway access in and out of the county… but most importantly the proximity to downtown Charlotte and the airport were huge driving factors for us,” said Rob Pressley, president of Coldwell Banker Commercial Meca.
Pressley, his family, and partners have spent the last 20 years developing Charlotte’s South End. The company has turned old mills into mixed-use properties.
Now, they’re looking at similar old mills in Gaston County.
The company now has three new offices in Belmont and Gastonia with more than 40 employees.
“Probably the last great frontier in the Charlotte region to be developed,” said Pressley.
“What will follow is grocery stores, veterinary clinics, grocery stores, the dentists, the doctors. And it’s that commercial wave that we’re looking for,” said Houser.