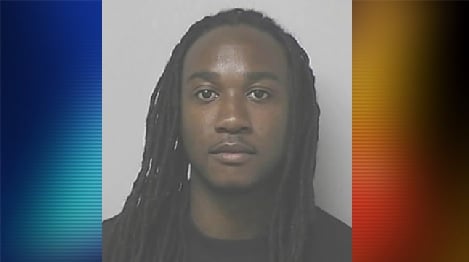 ROWAN COUNTY, N.C. — A man accused of killing his 17-year-old estranged wife’s sister and shooting their aunt, was found face down in a swamp in Guilford County Sunday afternoon.

Police issued warrants for the arrest of 33-year-old Montannez Moody after they say he invaded a home and shot the two females in Richland just after 10 p.m. Saturday.

The initial call was for a kidnapping and gunshots at 4095 Richfield Rd. Deputies located Moody’s estranged wife’s sister, Jennifer Merriam and aunt, Bernice Merriam, with gunshot wounds inside the home.

Moody’s estranged wife, Julia, was hiding in the closet with her two toddlers when the accident happened and wasn’t harmed.

Julia Moody took out a domestic violence order against her estranged husband just over a week ago police say. The two were scheduled to be in court regarding the order on Monday.

Police say Moody busted out a window at the residence and began shooting. The women hit with gunshots were taken to a local hospital for treatment.

Officers in Guilford County were dispatched to Fairfield Road at Sechcrest Circle near High Point after a kidnapping report Sunday. The victim says he and his girlfriend were taken out of their car at gunpoint and Moody took off with the female.

The woman was able to escape to a nearby residence in Edgecombe County after she says she was raped by Moody.

It is believed that Moody was under the influence of heavy cocaine when he committed the crimes on Sunday. Investigators say trauma was not an apparent cause of death and they believe Moody died from an overdose.

Anyone with information is asked to call 911 immediately.