Blasting at I-85 Weigh Station Construction Site This Weekend 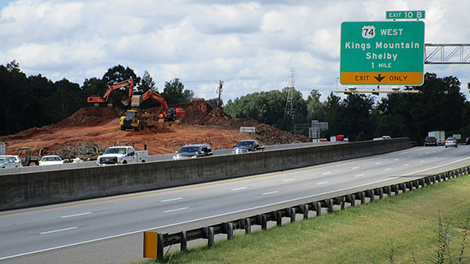 SHELBY, NC– Excavation continues on the construction site of the new I-85 weigh station in Gaston County, and crews will temporarily shut down a portion of the interstate Sunday to perform a brief blasting operation.

This blast will be very similar to the three previous blasts that occurred in late August and early September at the site near Bessemer City. The blast will go off at 10 a.m. and should last only a few seconds.

People standing outside during the blast will likely hear a brief, low rumble, similar to thunder.

A portion of I-85 will be closed down briefly before, during and after the blast to ensure debris from the blast doesn’t cause any damage. Crews will begin closing down I-85 near the construction site about 30 minutes before the blast.