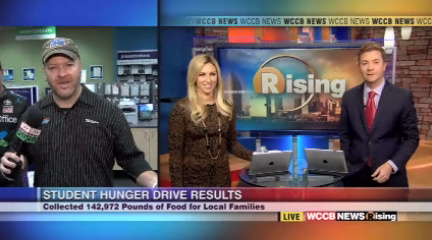 100% of the food donated to the schools for the Student Hunger Drive goes directly to Second Harvest Food Bank for families living in Charlotte and surrounding areas.