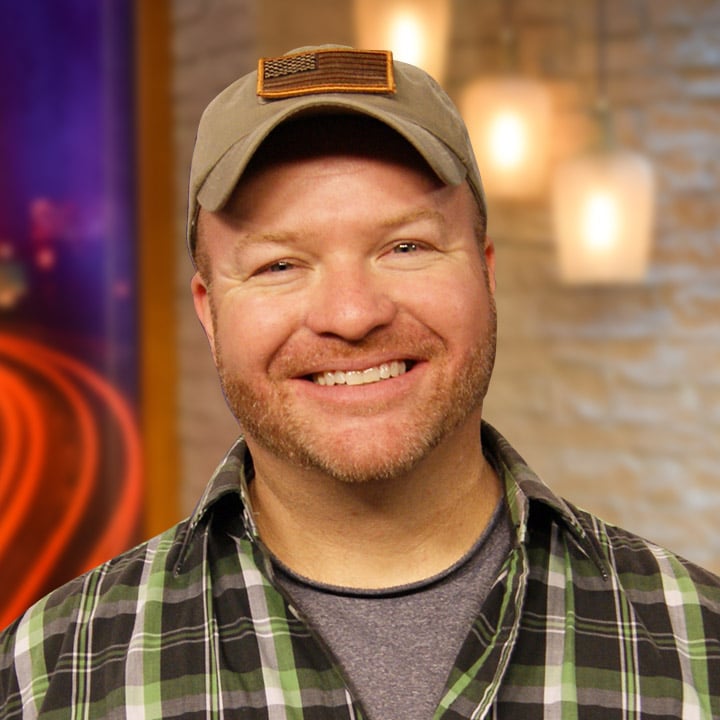 Born in England and a resident of Charlotte since the 8th grade, Wilson pairs his dry British humor with a fun-loving attitude of the South. In short, he likes Fish, Chips, AND NASCAR.

2016 will mark over 20 years of broadcasting in Charlotte, 12 of it at WCCB-TV. You can also find him on two of the biggest HDTV’s in the world at Charlotte Motor Speedway & Texas Motor Speedway during major events.

Some may remember him on the radio at WBT 1110am, 1065 The End, or on 99.7 the Fox and also for many years with the Charlotte Checkers Hockey Team.

His specialty? Making people laugh. “Applause is almost mandatory,” he says. “If you can make people laugh, you are really doing something.”

His most memorable shows at WCCB-TV would have to be rapelling 35 stories down the side of the VUE building uptown for Special Olympics, and skydiving into Symphony Park at SouthPark on Memorial Day with the Golden Knights.

One of his favorite moments was MCing the mascot game at halftime of Monday Night Football with the Carolina Panthers, and also being on stage at the first Super Bowl pep rally at Trade & Tryon, leading thousands of fans in “Let’s Go Panthers”

His family don’t go on vacations..they take “adventures” and if you ever meet him ask about spending a week in Cleveland..or cooking breakfast with Mickey at Disney..he has good stories! He loves America and being born a “Scouser” he also loves Liverpool Football Club. ‎If you follow him on Twitter a favorite phrase of his is “You’ll Never Walk Alone” or #YNWA.

He’s on the Charlotte advisory board of the USO of North Carolina. He’s a big supporter of the Second Harvest Food Bank, American Red Cross, Salvation Army and also Hands on Charlotte.

In 2011 he was named the “Good Neighbor of the Year” by the Greater Carolinas Chapter of the American Red Cross.

Wilson’s World: We Believe with YWCA

Wilson gives us a preview of the Greater Charlotte Home and Landscape Show.

Wilson's World with the help of School of Rock Charlotte, Harris Teeter, ACOSTA Heating, Cooling and Electrical, and Queen City Audio, Video and Appliances wants to thank our community for helping "Stuff The Truck" for the Salvation Army's Angel Tree program.

Wilson and The Salvation Army were at SouthPark Mall all Thursday to 'Stuff The Truck' with your Angel Tree donations. See all the action from RISING through to the NEWS @ TEN right here!

Wilson’s World: Getting Ready For The Salvation Army Angel Tree

Can you help? It's Salvation Army Angel Tree time and the need for help is greater than ever before! Wilson shared info on how the community can assist local families this year!