The Best of the Snark Report: Throwback Thursday with Some of Our Favorite Snarks 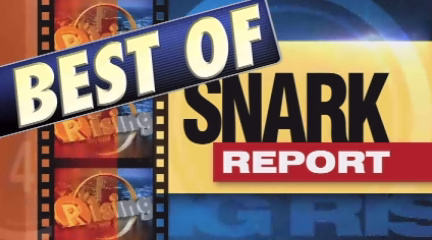 CHARLOTTE, N.C. –  A look at some of DJ’s favorite snarks thanks to TLC’s Duggars, NBC, Pippa, Brian, Michael Stipe and of course, the Kardashians.  And again we get to listen to the off-key tones of DJ.

If anyone could give a "love-demo” it would definitely be Jim Bob Duggar.  TLC wasn’t originally called “the learning channel” for nothing.

Rumors were out that NBC was courting Pippa Middleton as a correspondant for the Today Show.

And what would a best of Snark be without a Kardashian butt story.

NBC’s Brian Williams’ got himself  into hot water and we keep dunking him.

Michael Stipe looks back at 30 years of R.E.M.  but apparently never looked in the mirror.

And we end with an encore of Derek trying to “hold on.”