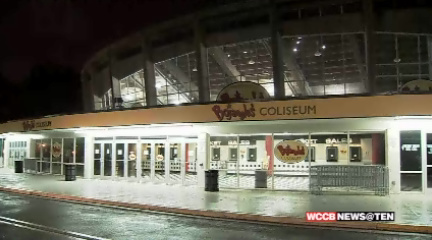 Kenny Smith was the lone Council Member against the spending while the city faces the feat of making up for a nearly $22 million budget shortfall.

The budget gap stems from a state tax cut and an unexpected drop in property tax values.

In December, City Council approved a $15 million dollar renovation to the Bojangles Coliseum. That money comes from the Hospitality and Tourism Fund. The council can only use those tax payer dollars on projects like this to bring more visitors to Charlotte.

However, Council Member Smith has voted against the renovating the 60-year-old arena all along.

“While we’re facing a serious revenue gap in excess of $21 million, I don’t think it sends the right message to put a million dollars into seats,” said Council Member Smith.

“I would normally vote against this because we have such a big budget deficit, but this is not taxpayer money in general funds.  This is hospitality and tourism money, which is dedicated for this and has to be used for this,” said City Councilwoman Claire Fallon.

The renovation won’t affect property taxes because it comes from the Hospitality and Tourism Fund.

American Seating Co. will remove 9,300 seats from the coliseum. It will replace them with 8,700 larger, more comfortable seats.