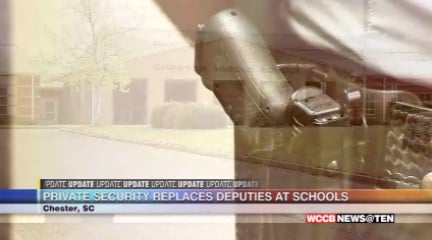 The move will put a security officer at each of the district’s nine schools next year.  Sheriff Alex Underwood thinks it’s a bad idea, given the county’s gang problem.

"This is ridiculous,” said Sheriff Underwood.  “Find somewhere else to send your kids to school, because these schools will not be safe.”

The security officers are former military and State Troopers and retired law enforcement.  The uniformed officers will be licensed with the state, can carry guns, and have the authority to make arrests.