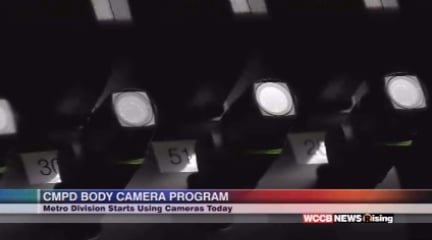 Later this year, all 1,400 officers in CMPD will be wearing them, and Major Steve Willis admits it will take some getting used to. “It’s probably a little bit of angst out there with the whole ‘big brother’ concept. But it’s no different than when we implemented in-car cameras 20 years ago,” Willis says.
Officers will be expected to turn on their cameras during calls for service and traffic stops, but not for general conversations with people. They also won’t record statements given by witnesses.
Metro Division residents like Gwendolyn Johnson say it’s a positive step. “We think it is because it would cut down on a lot of ‘who said’ and ‘who did’ what. It would be on camera,” Johnson says.
Video will be kept three years for misdemeanor crimes and 20 years for felonies. But you likely won’t be able to see any of it, even if you’re the one being recorded. CMPD blames state law.
Still, both hope the presence of the cameras will cause citizens and police to think before they act.