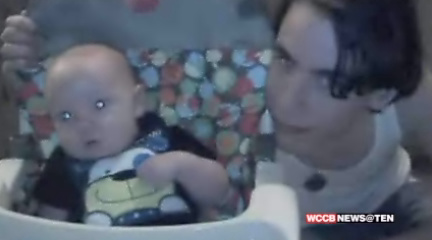 ROCK HILL, SC– A Rock Hill teen charged with the fire that killed his 14-month-old brother faced a judge Tuesday in the probable cause hearing.

However, his attorney says no audio recordings back up what deputies say is his confession.
“He’s a good boy,” said Julie Hill. “He’s a really good boy.”
Julie Hill and her husband Myke Hill say they left their baby in their son Matt’s care March 6. Matt says he was asleep when the fire sparked.
His attorney maintained in court Tuesday that there’s no way the 17-year-old, with developmental delays and autism, could concoct a plan to kill baby Josh.
“Our neighbors had to hold him back to keep him from running back into a flaming house,” said Julie Hill.
Prosecutors say Matt told investigators several stories in the interrogation room three days after the fire.
Investigators say he first said he accidentally threw a pillow near a heater.
He changed the story, investigators say, and said he lit a pillow and threw it into the air.
Investigators testified burn patterns show it’s likely the teen dropped a candle on a blanket in the baby’s room, then intentionally started a fire in the living room with a pillow.
Matt’s parents believe the fire sparked due to faulty wiring in the home.
“If I believed for an instant that Matt would do something to Josh, I wouldn’t be here talking to you. I wouldn’t be going to court and supporting him,” said Myke Hill.
The couple says they visit Matt weekly in jail.
“He just says he knows in his heart that his little brother in heaven knows he did not do this to him,” said Julie Hill.
A Grand Jury will decide if there’s enough evidence to try Matt for the murder and arson charges.