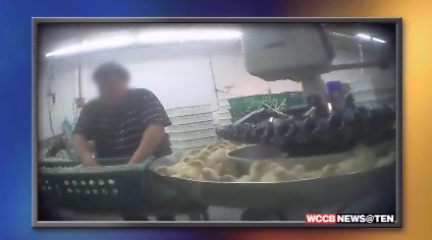 The bill allows employers to sue workers who get jobs just so they can secretly record animal abuse or other suspected illegal activity, like a video released last summer by Mercy For Animals.  The group says the video shows abuse of baby turkeys at a plant in Hoke County.

The President of Mercy For Animals sent WCCB Charlotte a statement that reads in part:

“…the legislature has sided with those who aim to keep North Carolina’s cruel factory farming practices hidden from public view and created a safe haven for animal abuse and other criminal activity.”