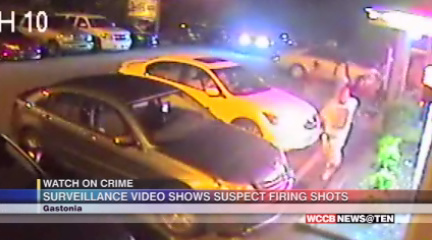 GASTONIA, NC — Three shootings outside a Gastonia sports bar in 24 hours.  Police sent WCCB Charlotte surveillance video of two of the shootings in the hopes that you can help them ID the suspects.

You can see at least one of them firing shots outside the Rock House Tavern on Aberdeen Boulevard.  This happened July Fourth.  Nobody got hurt.

A man did die following a shooting outside the sports bar the next night.  A man is charged with that murder.

If you can help detectives find the other suspects, call Gastonia Police.