The search for a missing North Carolina mother and her newborn is over after reports say the whole thing was a hoax.

One person is reportedly in custody. The Scotland County Sheriff’s Office is investigating.

LAURINBURG, N.C. (AP) – Authorities in North Carolina are searching for a missing newborn who is not believed to be in the care of her mother. 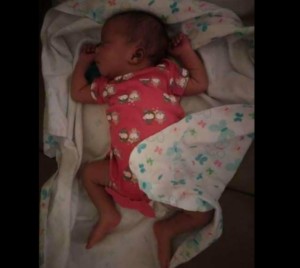 News outlets cite a Thursday night release from the Scotland County Sheriff’s Office that says the missing baby’s mother is known as April Morrison, but that may be an alias. Deputies say Morrison may be deceased, or she may have been removed from the area “under fear or coercion.”

Authorities are searching across Scotland, Richmond and Cumberland counties, where Morrison is believed to have stayed in local motels and hotels.

Deputies say the case isn’t eligible for an Amber Alert because they haven’t confirmed the child’s name. The baby is believed to be between two and three weeks old.