CHARLOTTE, N.C.– On May 16th, start your engines and head to Concord – you just might beat a NASCAR champion there.

The 600 Festival is pleased to announce that reigning MONSTER Energy NASCAR Cup Champion, Joey Logano, will be at Haulers on Union Parade & Fan Fest presented by Freightliner Trucks in Concord, NC on Thursday, May 16. 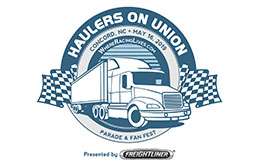 The event, presented by Freightliner Trucks, kicks off at 5pm on Union Street between Cabarrus and Corban Avenues. Locals, visitors and NASCAR fans line the streets to catch a glimpse of more than 30 MONSTER Energy NASCAR Cup car haulers make their way down historic Union Street on their way to the Charlotte Motor Speedway for the MONSTER Energy NASCAR All Star Race. Haulers on Union Parade & Fan Fest presented by Freightliner features live music by Too Much Sylvia, activities for children, simulators and race cars on display, and so much more for families and fans. The event is free of charge.

Logano fans will want to make sure they’re the first to get there. Logano will participate in a question and answer session with 96.9 The Kat’s Paul Schadt who is also serving as the emcee for the event. Then, at 6:30pm, Logano will sign autographs for the first 100 fans.

“We’re thrilled that Joey Logano will be a part of this year’s Haulers on Union Parade & Fan Fest presented by Freightliner,” says Jacqueline Gafrarar, Executive Director for the 600 Festival Association. “He’s a fan favorite and his presence will be a great way to ‘rev up’ the energy around this region’s two great weekends of racing. We’re grateful to Freightliner for helping us secure Logano for this one-of-a kind event.”

Haulers on Union is just one of several events in the 600 Festival’s Drive into Summer Event Series.

Movies on the Campus on Friday, May 3, 2019. Starting at 6:00 p.m. in Veterans Park in downtown Kannapolis; this year’s movie is Disney’s Ralph Breaks the Internet. Bring your blankets or lawn chairs for a free movie on the big screen. 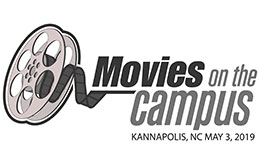 The Zucchini 600 on Saturday, May 4, 2019 will be in the Kids Zone at Jiggy with the Piggy on the Research Campus. Registration begins at 10 a.m. and races begin at 12 Noon. Kids build race cars from the zucchini vegetable and race them down a track. The top three winners in three age groups win prizes. 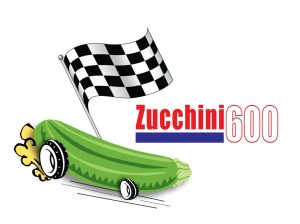 The Little 600 on Tuesday, May 21, 2019 at the GoPro Motorplex in Mooresville, NC. See some of NASCAR’s biggest drivers battling each other for bragging rights in GoPro Motorplex’s rental fleet of go-karts. Starting at 5pm, there will be a free event featuring a full field of NASCAR drivers in the 15-lap main event as well as a NASCAR Legends race. 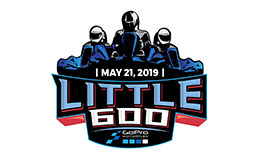 • Circle K Speed Street presented by Coca-Cola will be rocking the streets of Charlotte May 23-25, 2019 with live entertainment, access to racing’s brightest stars, giveaways and interactive displays. Corey Smith, Brothers Osborne, and STYX will be the headline talent for this 25th anniversary of Speed Street. 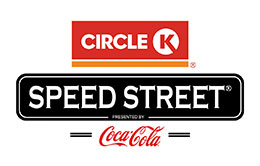