CHARLOTTE, N.C. — Two years after Max Homa played only one Sunday in an entire PGA Tour season, he showed his mettle at Quail Hollow by closing with a 4-under 67 to pull away from the field and win the Wells Fargo Championship.

Homa began the back nine with two birdies to build a four-shot lead and didn’t make any mistakes until it only affected the final margin. 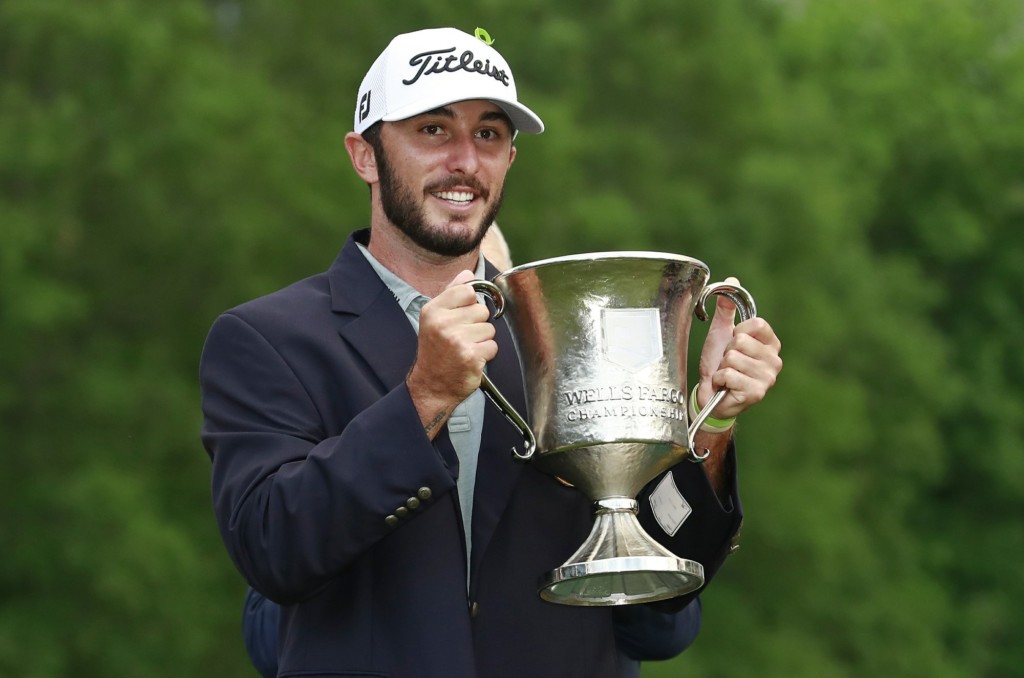 Joel Dahmen saved par with a tough chip over the creek for a 70 and finished three shots behind.

Homa, who won the NCAA title at Cal in 2013, won for the first time in his 68th start as a pro. The victory gets him into the PGA Championship in two weeks at Bethpage Black and the Masters next April.

But what a turnaround for the 28-year-old Californian.

Homa was at No. 829 in the world when he got his third crack at the PGA Tour in October. Two seasons ago, he made only two cuts in 17 tournaments, missing the 54-hole cut in one of them and finishing last at an opposite-field event in the other.

But he made six of seven cuts coming into Quail Hollow, and played like he belonged. Homa never flinched, effectively sealing it with a long shot up the hill and onto the green at the par-5 15th for a two-putt birdie, saving par to keep a three-shot lead going to the final hole and drilling his tee shot down the fairway. He wrapped it up with a 10-foot par putt to finish at 15-under 269.

Dahmen held his own until costly bogeys around the turn. But that chip was on the 18th for par to finish alone in second meant a difference of $158,000.

Justin Rose (68) finished alone in third and moved ahead of Brooks Koepka to No. 2 in the world.