Altitude Trampoline Park says it is removing the climbing wall where a 12-year-old boy fell and died last week.

“A week ago last night, Matthew Lu fell from the Clip ‘N Climb structure at our park in Gastonia. Since then we have worked diligently, using every resource at our disposal, to find answers. We felt we owed this young man, his family and park-goers nationwide due diligence to understand exactly what happened, leaving no question unanswered. After inspecting all of the equipment, conducting interviews, reviewing surveillance footage and consulting industry experts we are able to share our findings.

Last week’s tragic fall was an accident – an unfortunate case of human error. Lu was wearing a properly fitted harness and was instructed by a certified court monitor on how to self-clip into the belay system, but in this instance that did not occur.

GASTON COUNTY, N.C. — A very tragic, seemingly freak accident at a trampoline park in Gastonia. A 12-year-old boy is dead after falling from a rock wall.

Matthew Lu is 12-years-old. A family friend calls the Lu family wonderful – but declined to say more tonight, citing the sensitivity of the situation. The family multiple people have described as “private” to WCCB – now the focus of an entire community – after the tragic death of their 12-year-old son.

He fell from this rock climbing wall at altitude trampoline park in Gastonia Wednesday – and later died.

A series of frantic 911 calls from the park, the callers say the boy’s fell as far as 15 feet. His mom can also be heard on the calls.

Police say the 12-year-old was in a harness when he fell. They’ve deemed this an accident.

“We do have it on video that he was secured and properly, shown how to use the equipment and used it several times before. From there we don’t know exactly what happened yet but we are looking into it in.” says Wilde.

Wilde says the boy was climbing a piece of equipment called a ‘Clip and Climb’ when he fell.

Wilde says the park gets their equipment from a company in Michigan called Ropes Courses Incorporated. WCCB reached out for a comment.

A 12-year-old boy who fell from a climbing wall at a Gaston County trampoline park has died, according to police. 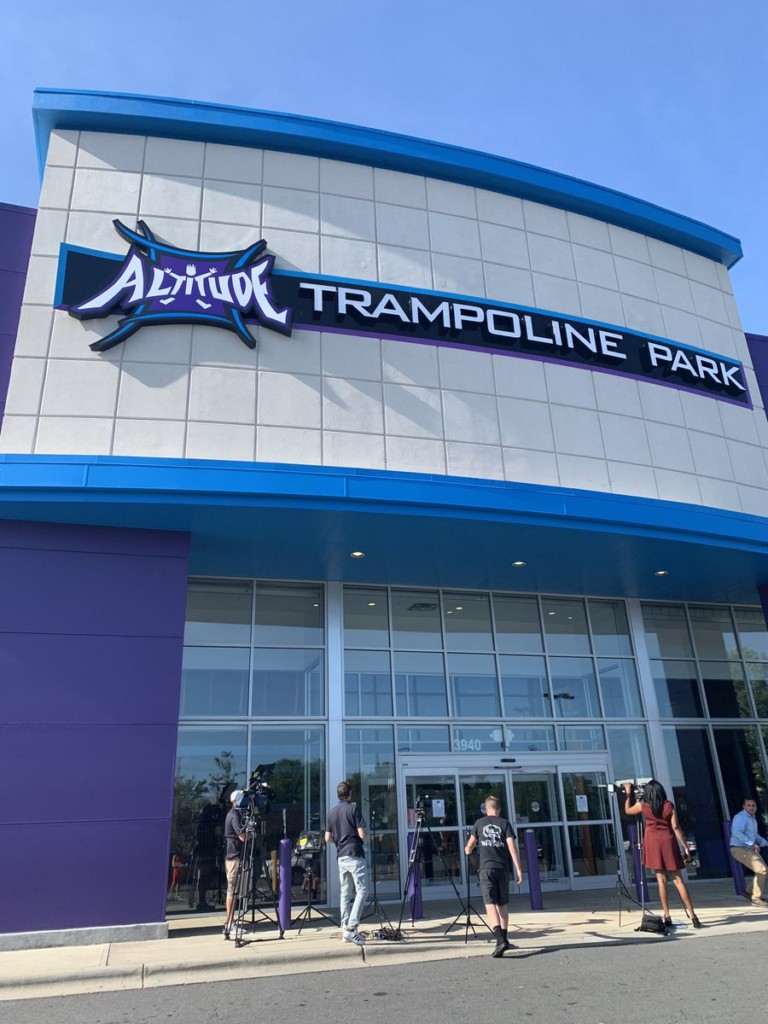 The incident happened at the Altitude Trampoline Park in Gastonia shortly after 6 p.m. on Wednesday.

According to the 911 calls, the child was wearing a safety harness when he fell roughly 15 feet.

You can listen to those calls below:

Officials say the child was unconscious after falling from the rock wall. He was taken to a local hospital where he died Thursday evening from injuries.

Altitude Trampoline Park sent me a photo of the equipment the 12-year-old fell from. Notice the concrete. I asked the company spokesperson about that and how they’re keeping your kids safe. @WCCBCharlotte pic.twitter.com/dQxaaeTRgs

The Altitude Trampoline Park announced they would be closed Friday out of respect for the family.

Lowell Police say they will not be conducting a criminal investigation. The incident is being deemed an accident, officials say.

The NC Department of Labor says trampoline parks and permanent rock walls are not regulated by the NCDOL. For more information on the Amusement Device Safety Act, click HERE.