ROWAN COUNTY, N.C. — An inmate accused of Murder was found dead in his cell Wednesday morning at the Rowan County Detention Center. 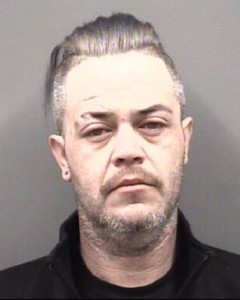 The Rowan County Sheriff’s Office says 36-year-old James Christopher Rife was found “slumped over” in his single person cell around 8:15am. Life saving efforts were performed, officials say, but Rife was pronounced dead at the facility.

The following timeline has been provided by the RCSO leading up to Rife’s death:

Officials say there were no signs of trauma and no sign of foul play in his cell or on available video surveillance footage.

The NC Medical Examiner’s Office is scheduled to perform an autopsy to determine cause of death. The NC SBI is also continuing to investigate the incident.

Rife had been in the Rowan County Detention Center since February 1, 2109 when he was charged with Murder and Attempted Robbery with a Dangerous Weapon of a 26-year-old Davidson woman. For more on that story, click HERE.