Stevens was denied bond during a hearing Friday morning. He is charged with two counts of Murder, eight counts of Assault and Battery of a High Aggravated Nature, Possession of a Firearm during the Commission of a Violent Crime, and Possession of a Pistol by a Person Convicted of a Crime of Violence.

Antonia Champion remains at the York County Detention Center, authorities say, on a probation violation charge. Officials have not said when he will be transferred into Lancaster County custody.

Officials say the man wanted for a deadly Lancaster County nightclub shooting in which two people were killed, and eight others were injured, was arrested in Ft. Lauderdale, Florida, on Sunday.

Stevens is being held at the Broward County Sheriff’s Offices awaiting extradition.

“We are pleased Stevens is in custody and look forward to having him back in Lancaster County to face his charges,” said Sheriff Faile. “His arrest is the culmination of non-stop efforts and cooperation among multiple law enforcement agencies. I want to thank our investigators and agents and officers of SLED, the Florida Department of Law Enforcement, the Broward County Sheriff’s Office, and the United States Marshals Service. Although Stevens is in custody, the investigation continues.”

Stevens was wanted in connection with the shooting deaths of Henry Lee Colvin and Aaron Mastafis Harris at the Ole Skool Sports Bar & Grill on Saturday, September 21st.   Eight other people were injured the shooting.

LANCASTER CO., S.C. — Deputies have have arrested one man they say is responsible for a shooting that injured eight people over the weekend and killed two at a nightclub in Lancaster County. A second suspect is still at large. 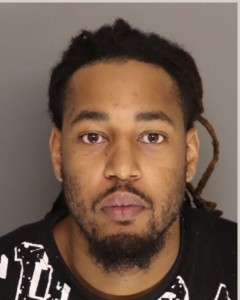 Antonia Champion, 30, of Fort Mill, was initially arrested Monday after authorities learned he was in possession of a handgun at the Ole Skool nightclub at the time of the shooting. He was charged with Carrying a Pistol, Possession of a Pistol by a Person Convicted of a Crime of Violence, and Possession of a Firearm on Premises where Alcohol is Sold.

Now, the Lancaster County Sheriff’s Office says Champion will be additionally charged with two counts of Murder and Possession of a Firearm during the Commission of a Violent Crime.

Warrants have also been obtained for 31-year-old Breante Deon Stevens, authorities say. He is charged with two counts of Murder, Possession of a Firearm during the Commission of a Violent Crime, and Possession of a Pistol by a Person Convicted of a Crime of Violence. 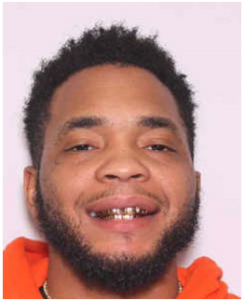 Deputies say Stevens is being actively sought by law enforcement officials for the shooting death of Henry Lee Colvin and Aaron Mastafis Harris, and should be considered armed and dangerous.

According to a news release from the Lancaster County Sheriff’s Office on Wednesday, charges against additional defendants are likely.

“Our investigators, with the assistance of SLED, Homeland Security Investigations (HSI), the Department of Probation, Parole, and Pardon Services (PPP), and other agencies, have been working day and night investigating this case,” said Sheriff Faile. “They continue to locate and interview witnesses and gather physical evidence and are steadily developing what we believe is an accurate account of the events that occurred in Ole Skool Saturday morning. Our goal is to account for the deaths of Mr. Colvin and Mr. Harris as well as the injuries to the surviving victims and bring charges against all those who are responsible. We will release additional information as developments occur.”

The shooting happened just before 3am Saturday morning at the Ole Skool Sports Bar & Grill on Old Charlotte Highway.  Four of the victims were airlifted to a hospital in Charlotte following the shooting, according to deputies, and four others were taken to a local hospital with “non-critical” injuries.

An eleventh victim injured themselves trying to escape the gunfire.

“I know one of the questions may be, is this a mass shooting? And I’ll just say up front, that I don’t think that all of these people were intended victims. Most of them were at the wrong place at the wrong time,” said Lancaster Co. Sheriff Barry Faile.

On Monday, the Lancaster County Sheriff’s Office said the suspect has still not been located, but “extensive efforts are being made to find him.” No other suspects are wanted at this time.

Officials say the four victims treated at a local hospital have been released and are expected to recover.

The four airlifted to Charlotte however, remain hospitalized. Two are reportedly in critical condition, one is in stable condition, and one is scheduled to undergo an additional surgery but has non-life threatening injuries.

“We wish for the full recovery of all these victims, and our thoughts and prayers are with them, their families, and the families of Mr. Colvin and Mr. Harris,” said Sheriff Faile. “We are in the midst of an intensive investigation and are using a wide array of investigative tools. SLED (South Carolina State Law Enforcement Division) is assisting us with anything we need. There is understandably great interest in the evidence we have gathered so far, but to protect the integrity of this investigation we cannot release these details at this time.”