CHARLOTTE, N.C. — Get ready to go deep into the world of Gen Z with Actor’s Theatre of Charlotte’s riveting performance of Sarah DeLappe’s “The Wolves.”

Director Sarah Provencal creates a masterpiece to showcase the struggles teenage girls go through while attending high school.  Well, nine teenage girls to be exact.  The girls are teammates on a soccer team. 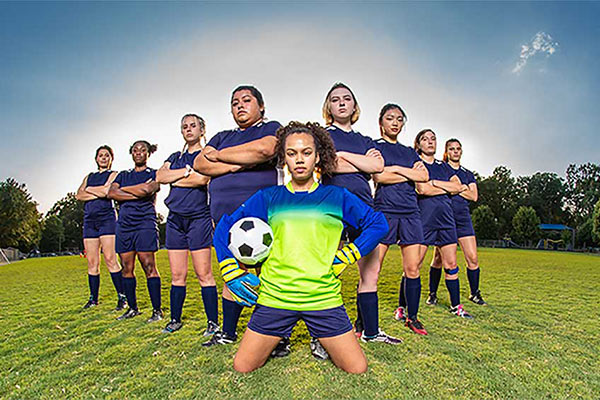 If you are a person who has ever participated in sports, this performance will take you back to the many days on the high school practice field where all of life’s issues were solved.  Every character is well developed and easy to associate with teammates from your past.

Each character is facing her own issues: social anxiety disorders, taking Plan B, using tampons, dealing with injuries, having a “hot mom,” being the new girl on the team, the stress of being scouted by colleges, living a sheltered life, dealing with death…these are just some of the issues “The Wolves” explores to show how the teammates rely on one another to find their paths.

The set, designed by Evan Kinsley, resembles a real indoor soccer facility with green astro turf and a functioning scoreboard.  The players wear matching uniforms and prove not only to have formidable acting skills, but true athletic ability, expertly dribbling and passing the soccer ball and rarely sitting down during the entire 90 minute performance.

The girls often talk over one another and carry on numerous conversations at once, just as one would expect when putting a group of teenage girls together.  But no matter how clamorous the conversation, it inevitably ends up focusing on a major issue or problem the girls are facing in life.

A highlight of the show is the solo performance by the goalkeeper, #00.  In a scene that will give you goosebumps, DeLappe offers a portrait of the stress of being a heavily recruited athlete with severe social anxiety.  While clutching the astro turf, actress Annarah Shephard masterfully expresses her character’s frustrations through a panic attack that leaves her breathless and on her back, completely exposing her emotions and vulnerabilities to the audience. 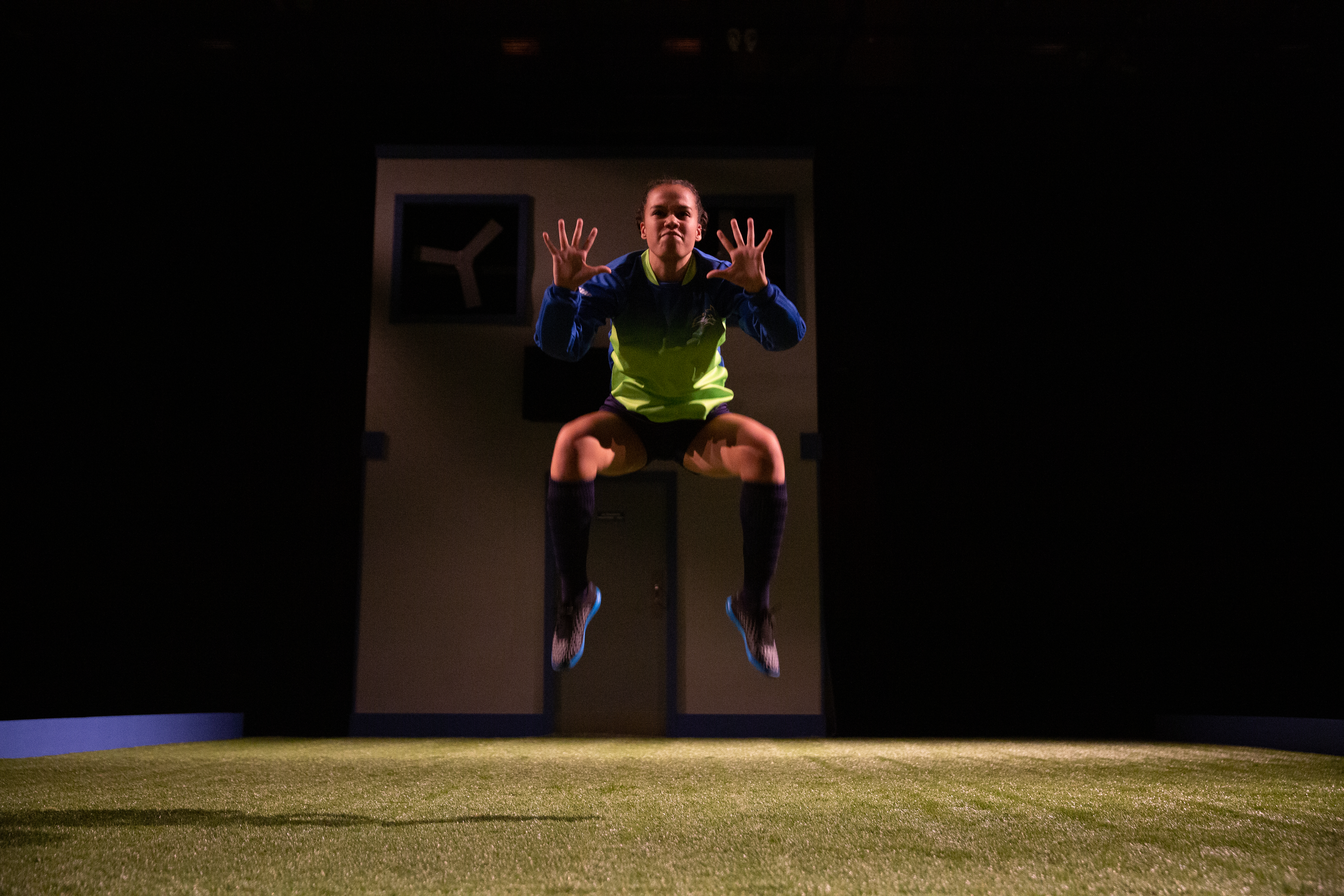 In the end, the players must reunite in the toughest and most painful situation any of them have ever faced, leading each of them to more deeply understand the power of being part of a team and that they are never truly alone. 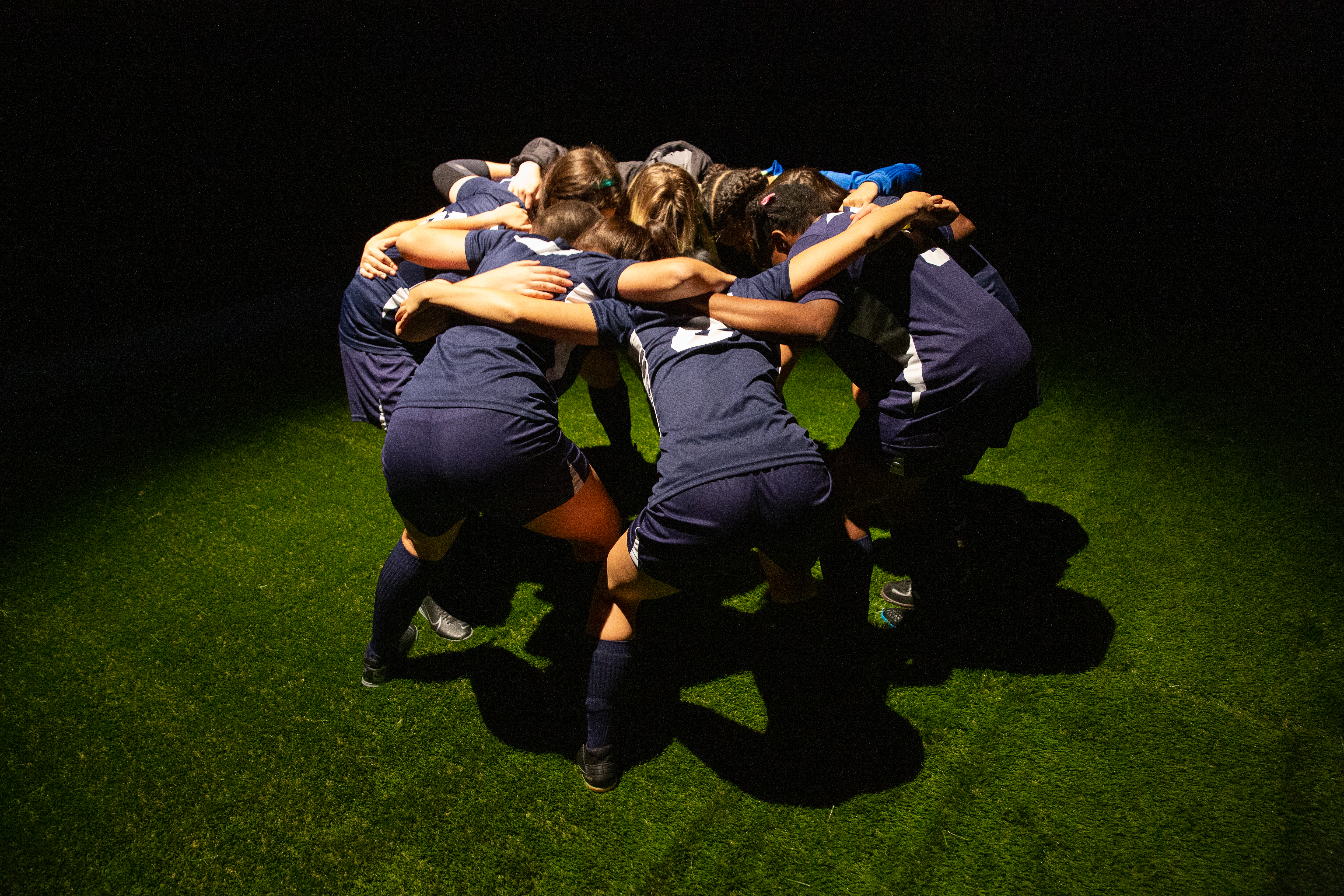 You can catch “The Wolves” through October 26th at Queens University’s Hadley Theater.

7:30pm on Wednesdays and Thursdays

8pm on Fridays and Saturdays