CMPD says the victim of Wednesday night’s southeast Charlotte hit and run died from injuries two days after the incident.

The investigation is ongoing. Police have not said whether Kelly will face additional charges following Lynch’s death.

Detectives have charged 19-year-old Jasmine Kelly for her involvement in a hit and run accident that left a woman seriously injured in southeast Charlotte Wednesday night.

Detectives were able to identify Kelly as the driver of the 2005 Infiniti G35 that was involved in the incident.  Kelly was voluntarily interviewed by detectives at the Charlotte-Mecklenburg Police Department Law Enforcement Center. 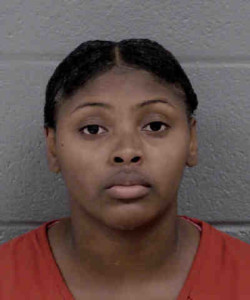 Kelly has been charged with  felony hit and run and filing a false police report after she reported her vehicle stolen following the incident.  A passenger in the car with Kelly was not charged.

The victim, 35-year-old Shannon Lynch, remains in the hospital with life threatening injuries.

The accident is still under investigation and anyone with information about this incident is asked to call Crime Stoppers at (704) 334-1600 or Detective Justin Kupfer with the Major Crash Investigation Unit at (704) 432-2169.

CHARLOTTE, N.C. — Detectives with the Charlotte-Mecklenburg Police Department are investigating a hit and run in southeast Charlotte that left a woman with serious injuries.

The incident happened just before 8pm on Monroe Road near Village Lake Drive on October 23rd.  When officers arrived on the scene they located a woman who had life-threatening injuries.  She was rushed to a local hospital but her condition is unknown at this time.

Witness statements and evidence collected at the scene indicates that a red Infinity G35 was traveling northwest on Monroe Road in the right lane when the vehicle struck a pedestrian who was crossing the road, according to a news release.

Police say the vehicle failed to stop and remain at the scene and was last seen turning right onto Village Lake Drive.  Police released a picture of a vehicle that looks similar to the suspect’s vehicle.  The vehicle involved in the incident should have damage on the front left side of the vehicle and to the left headlight.  The front center Infiniti emblem will also be missing.

*Not the actual vehicle

Anyone who has information about this incident or the vehicle involved in the accident is asked to call 911.