A missing Charlotte man has been identified as the victim of a deadly pedestrian involved accident that occurred on October 22nd in north Charlotte.

Police say 48-year-old Michael Pruitt was found unresponsive on Brookshire Freeway between Graham Street and I-77 around 8:50pm. He was transported to Atrium Health’s CMC for treatment but died a short time later.

Officers say Pruitt was walking in the far left lane of a poorly lit area on Brookshire Freeway with his back to oncoming traffic when the driver of a 2017 Kia Sorento tried to avoid hitting him by slamming on brakes.

The Kia was unable to avoid Pruitt, officials say, and was rear-ended by a 2012 Nissan Maxima.

Investigators say excessive speed and impairment on the part of the drivers were not factors in the collision. That section of the Brookshire is also not controlled or marked for pedestrian crossing.

No other injuries were reported. CMPD says the crash remains under investigation.

CHARLOTTE, NC — Police are asking for help locating 48-year-old Michael Pruitt. He was last seen around 7pm on October 21st. 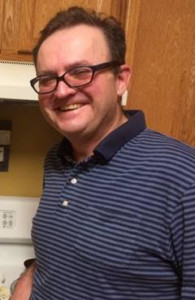 Police say Pruitt was reported missing on Thursday, but was last seen on foot Monday near Somerset Springs Drive in north Charlotte.

Pruitt reportedly has cognitive issues and his family is concerned for his wellbeing.

Anyone with information on his whereabouts is asked to call Crime Stoppers at 704-334-1600.