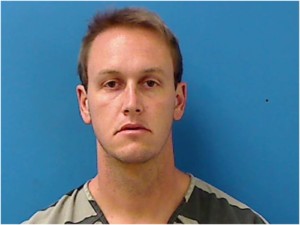 Jeb Bass, 30, of Newton, was given a sentence of 32 to 58 months in prison after pleading guilty to two counts of indecent liberties with a child and one count of performing a sex act with a student.

Officials say the judge imposed the sentence along with a suspended sentence of 10 to 21 months with 60 months of supervised probation upon his release. Bass is also prohibited from having any contact with the two female victims and will be required to register as a sex offender for 30 years.

During Tuesday’s sentencing, officials say more than 50 community members attended the hearing in support of Bass. Many spoke on his behalf saying he had already been adequately punished by losing his job and the opportunity to interact with young people as a teacher and coach.

Officials say one of the victims also spoke on behalf of Bass, saying she did not want him to go to prison. The other victim did not attend.

Detectives say they opened their investigation after receiving a tip that Jeb Stuart Bass had an inappropriate relationship with a student.  Bass, of Newton, is a social studies at Fred T. Foard High School.  School officials say he also served as an assistant boys’ basketball coach and assistant football coach.

Bass has been charged with one count of statutory rape and one count of sexual offense with a student.  There is no word if the incident happened on school grounds.

Bass has been suspended with pay pending the outcome of the investigation, according to a news release from Catawba County Schools.  Officials say the superintendent intends to recommend that Bass be dismissed and suspended without pay.