RICHMOND CO., N.C. – On October 21, 2019, the NC Department of Agriculture fined and warned the Richmond Co. Animal Shelter. The fine is $2,000. The warnings are for violations for state law.

The Animal Welfare Section of the Dept. of Ag was contacted separately on different dates by two people with complaints concerning the care of the animals at the shelter. The department opened an investigation.

The Dept. of Ag’s investigation found that the Richmond Co. Animal Shelter euthanized ten animals before the mandatory 72 hour holding period, without written documentation of why the exceptions were made, failed in three instances to obtain and document required information of every person who adopts or otherwise transfers an animal out of the shelter, failed to maintain records required for a period of three years, failed to have traps on drains to prevent odors and sewage backups, failed to maintain kennel surfaces that could absorb cleaning chemicals and—despite rinsing—expose a dog’s skin to the chemicals, failed to sanitize water bowls daily, failed to euthanize or provide veterinary care to sick and diseased animals, failed to provide full written disclosure of an animal’s medical condition to a new owner, and failed to give rabies vaccines to eight dogs (older than 12 weeks and living in the shelter more than 15 days).

The shelter has been ordered to correct all the violations.

The Dept. of Ag says the shelter is going to seal the floors in the dog kennels, and the work is going to begin this month. The shelter is also in the process of installing new drain covers.

If the shelter doesn’t correct the violations, the state says it will be considered in “willful disregard or violation of the NC Animal Welfare Act…”. If that happens, the shelter’s license could be impacted, and they could get fined up to $5,000 per violation.

You can read the Dept. of Ag’s notice for yourself here.

One of the complainants spoke with WCCB News @ Ten anchor Morgan Fogarty. Kristi Maines tells WCCB, of the findings, “I think it’s a start, (but) I don’t think it’s a solution by any means.”

She continues, “I still honestly think that the director (Bonnie Wilde) needs to be removed. Nothing is gonna change as long as she is there.” 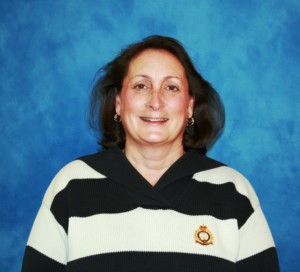 Maines has been suspended from the shelter and has contacted county leaders repeatedly for more information and for updates. WCCB asked her how she would characterize how the county has treated her. She says, “Really, it’s been very disrespectful. Very belittling, which is how I was treated at the shelter, as it was. I could not get any answers.”

In an email to WCCB dated Sept. 27, the county attorney, Bill Webb, told WCCB, in part, that Ms. Maines’ “…presence at the shelter was considered contentious and confrontational by the Shelter Director.”

And that Maines “…left the Shelter we believe because she was dissatisfied as the Director was attempting to maintain order at the facility.” 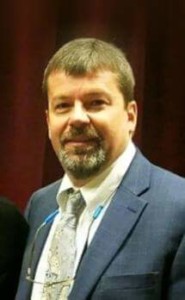 WCCB has an email into the county manager (Bryan Land), the county attorney and the shelter director for their response to the investigation findings. We will update this if/when we hear back from them.