IREDELL COUNTY, N.C. — The remains of a woman missing since 2016 were found in Iredell County earlier this year and now detectives are investigating a homicide.

The human skeletal remains were found in a wooded area off of Bridgewater Lane in Mooresville on January 15th, 2019.  The remains were taken to North Carolina Baptist Hospital for an autopsy and to be examined.

The cause of death was determined to be a gunshot wound to the head, but due to the limited number of bones and the condition of the remains; the race, age, and gender could not be immediately determined.

The University of Northern Texas Center for Human Identification notified the Iredell County Sheriff’s Office that DNA extracted from a tooth confirmed that the victim was Anastasia Talisha Meaders, who was reported missing from Charlotte in August of 2016.

“She would do anything for anybody. Hard-working, loving, supportive. That’s the type of person she was,” says Meaders aunt Mary Robinson. 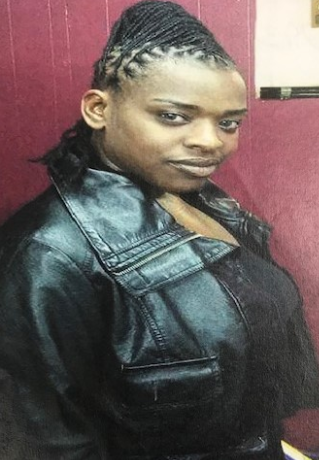 “Life isn’t fair. She deserved better than what she got.”

Meaders was 29-years-old at the time of her disappearance and went by the nickname “Star”.  Her vehicle, a black 2007 Chevrolet Impala was found abandoned at Liberty Park in Mooresville, North Carolina, in July of 2016.  Liberty park is only a few miles from where Meaders’ remains were discovered.

“It does bring a peace that we can move on instead of sitting in a panic, watching every door, every car that drives by hoping that we see her.”

The Iredell County Sheriff’s Office is leading the investigation into Meaders’ death.  Meaders was last seen alive at a business in Mecklenburg County in 2016. Anyone with information regarding the disappearance or homicide of Anastasia Meaders is asked to call the Iredell County Sheriff’s Office at (704) 878-3180, and ask to speak with a detective or the Homicide Hotline at (704) 928-9804.