Authorities say 16-year-old Jalynn Wallace was last seen around 7:45 a.m, on Monday, December 16th, when she was dropped off at school.  Officials think Wallace is with two companions in the area of Wlikes, County, North Carolina. 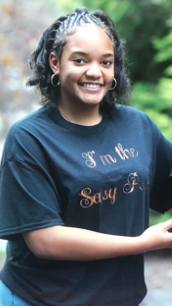 Anyone with information regarding the whereabouts of Jalynn Wallace is asked to contact the Burke County Sheriff’s Office Criminal Investigation Division or the Valdese Police Department.